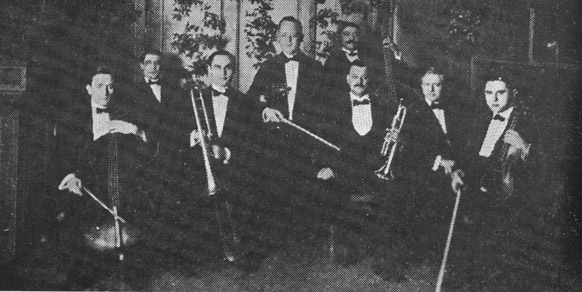 Joe “Fox,” Smith was Bessie Smith’s favorite sideman. He had one of jazz’s most beautiful tones and the most lyrical styles in the 1920s. Smith was the son of Luke Smith, Sr., a trumpeter, and six of his brothers. Three of his brothers were professional trumpet players, while Russell Smith played his first trumpet with Fletcher Henderson. Smith worked locally and toured the Midwest and East Coast. He visited New York in 1920 for the first-time. In Chicago, Smith arrived with the Black Swan Jazz Masters under the direction of Fletcher Henderson and Ethel Waters. Smith spent a time with Mamie Smith’s Jazz Hounds (1922-1923), and worked with Billy Paige and the Broadway Syncopators. He also directed a band for Noble Sissle, Eubie Blake, as well as backing comedian Johnny Hudgins. Smith was a regular in Fletcher Henderson’s band from 1925 to 1928. He made many recordings with Henderson, as well as with other blues singers (included Bessie Smith) but none as a leader. Smith, who had left Henderson, played with Allie Ross (1929-1930), McKinney’s Cotton Pickers (1930-1941), and also worked briefly in Kansas City. He died from tuberculosis at 35. Allmusic