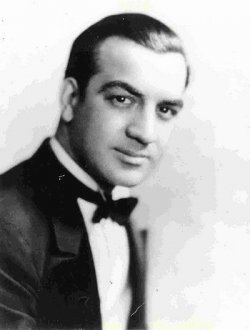 In the 1980s, Joe Tarto was humorously called “Titan of the Tuba” in a collector’s album. While Tarto was not the most well-known musician on many recordings he made in the 1920s. However, his fellow musicians recognized his talent. Tarto started playing trombone at the age of 12, but he soon switched to tuba. After being given an incorrect age, he was in the Army in World War I and played tuba with an Army band. He was wounded in the leg and recovered, but was eventually discharged in 1919. After a time working as a secretary, Tarto was made a full-time musician on October 20, 1920. He was with Cliff Edwards (1922-1924), and played with Paul Specht’s Band (1922-1924). He also worked with Vincent Lopez and Sam Lanin orchestras. He also arranged Broadway shows for Chick Webb, and Fletcher Henderson. Tarto recorded extensively in the 1920s with Joe Venuti and Red Nichols. He was also with Paul Specht’s Band (1922-1924), played with the Dorsey Brothers and Bix Beiderbecke. Eddie Lang, Ethel Waters, Bing Crosby, and the Boswell Sisters. Tarto was a studio musician by the 1930s. He doubled on string bass and worked with orchestras on radio and in theaters. Joe Tarto played occasionally jazz in his later years, mainly Dixieland. He also led the New Jersey Dixieland Brass Quintet during the ’70s u0026 ’80s. Allmusic