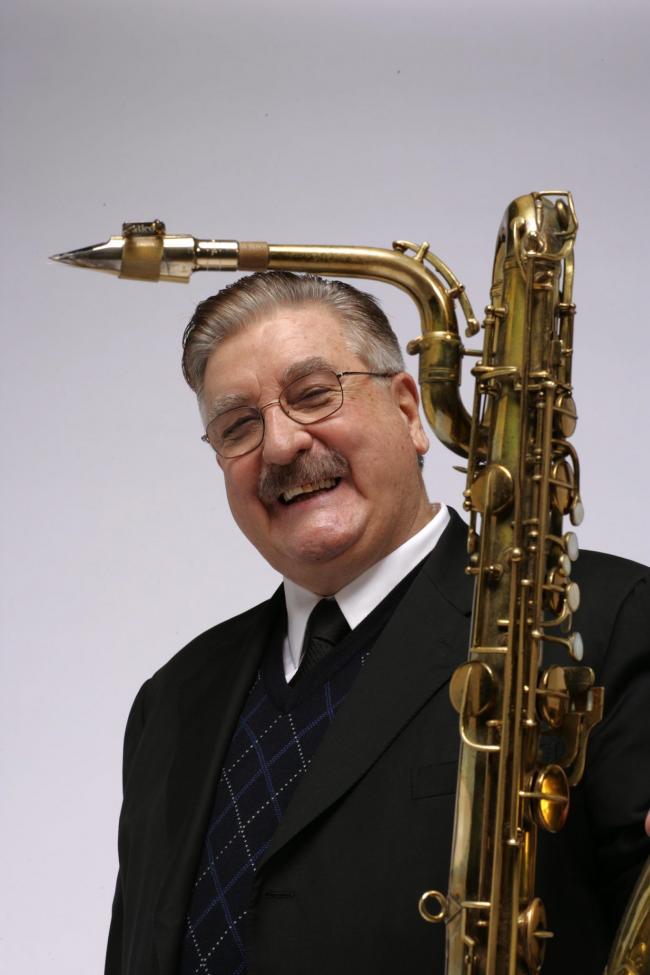 Joseph Temperley was a jazz saxophonist. He was born on 20 September 1929 and died 11 May 2016. Although Joe Temperley has been called Scotland’s greatest jazz musician, he only became a fully-fledged soloist in the United States in 1965. Temperley was recruited by Wynton Marsalis, the trumpeter, in 1990 to be a founding member of the Lincoln Center Jazz Orchestra in New York. This rare honor for an American, and he went on to enjoy a 25-year-long association with the orchestra. He performed all over the world. Marsalis said that “there is no greater sound than Joe Temperley playing a horn” and he added weight to this sentiment with his five-part Joe’s Concerto. It was performed at the Lincoln Center’s tribute to Temperley in 2015. Temperley was raised in Lochgelly and was born in Cowdenbeath, Fife. His father was a bus driver. He was encouraged by his older brother to take up the cornet when he was 12 years old. After playing with the Cowdenbeath Brass Band, Temperley moved on to the alto Saxophone at the brother’s suggestion two years later. He was soon able to play in local dance bands at night and work in a butcher shop during the day. Tommy Sampson noticed him, who led an all-Scottish bigband of legendary rumbustiousness. Sampson brought Temperley, an 18-year-old saxophonist, to London. There, Temperley worked in a number of bands including Joe Loss and Harry Parry before joining Jack Parnell’s all star orchestra. He replaced Ronnie Scott and performed with Billie Holiday. He was often heard on record as a promising tenor player before switching to the heavier baritone instrument after he joined Tommy Whittle’s group in 1955. Temperley claimed that he was only truly a jazz soloist when he joined Humphrey Lyttelton’s outstanding octet on baritone in 1958, as part of a three saxophone front line. Temperley enjoyed a lot of creative freedom throughout his seven-year tenure. He toured Europe with Humphrey Lyttelton, who he called his “dearest friend”. Temperley also worked alongside US jazz musicians. Temperley’s participation in the 1959 US tour package show was a highlight of his life. He was inspired by the proximity of George Shearing, Thelonious Monk and Cannonball Adderley and excited by New York’s many attractions. In December 1965, he arrived in Manhattan with his wife. Temperley, after the usual waiting period in which he worked in a department shop, was granted the go-ahead for staying. He joined the Woody Herman Orchestra, taking “10-hour bus rides” to play one-nighters all over the US during the 18-month-long trip. Temperley, an admirer of Harry Carney (Duke Ellington’s iconic baritone saxophonist), was honored to be asked to perform at Carney’s funeral in 1974. His sonorous readings of Sophisticated Lady brought him to the attention Duke’s son Mercer who was managing the remaining Ellington orchestra. He was replaced by Carney two weeks later. He worked with Mercer for 10 years, responding to a variety of session calls and soundtrack requests. Marsalis invited Temperley to join the newly formed LCJO – the most sought after sideman job in jazz – after seeing him perform at an Ellington tribute concert. Temperley praised Marsalis’ generosity and friendship, saying, “They look after my particularly well – they have a wonderful life.” Marsalis, who was known for introducing Temperley at concert as “the most soulful thing to be out of Scotland”, made sure that Joe was given solo features. This included his spectacular reading of Ellington’s Single Petal of a Rose, on the bass clarinet. Temperley is known for his rich baritone tone and was proud of his inspiring teaching skills at the Manhattan School of Music, the Juilliard, and other institutions. He was a burly, funny man who never forgot his Scottish roots. He kept up with Cowdenbeath FC’s fortunes and often returned to Scotland to play. Temperley was a frequent guest on Marsalis’s compositions. He also recorded for the Scottish Hep label, which was a rewarding experience. His second wife Laurie, his son Stephen by his first marriage, is his survivor. He also has his sister Helen. From www.theguardian.com