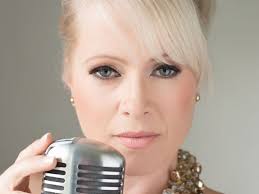 It’s smart, it’s soulful, it’s jazz. Johanna Sillanpaa can sing in any style of music. Sillanpaa is a vocalist who can sing with ease, without being too raw and yet still sound bold. You can sink your teeth into her thoughtful jazz. She and her band have performed in intimate jazz venues across North America and Europe, as well as performing in front of 60,000 people at the Montreal Jazz Festival. Sillanpaa’s solo albums have won numerous awards and received accolades. Johanna’s music was nominated for the Western Canadian Music Awards in 2007 and 2012. She also received the Best Female Vocalist, Group/Duo and Album of the Year awards at the Canadian Smooth Jazz Awards 2010. It’s clear that the highly acclaimed Swedish-born artist is now a household name. Her latest solo album, “From This Side”, features George Koller (Canadian JUNO Award winner), Ingrid Jensen (TD Grand Jazz winner pianist Chris Andrew) and Tyler Hornby (WCMA nominee three times). Her latest musical statement, which includes modern jazz arrangements and catchy originals, is sure to be a hit with jazz fans all over the world. From www.johannamusic.com