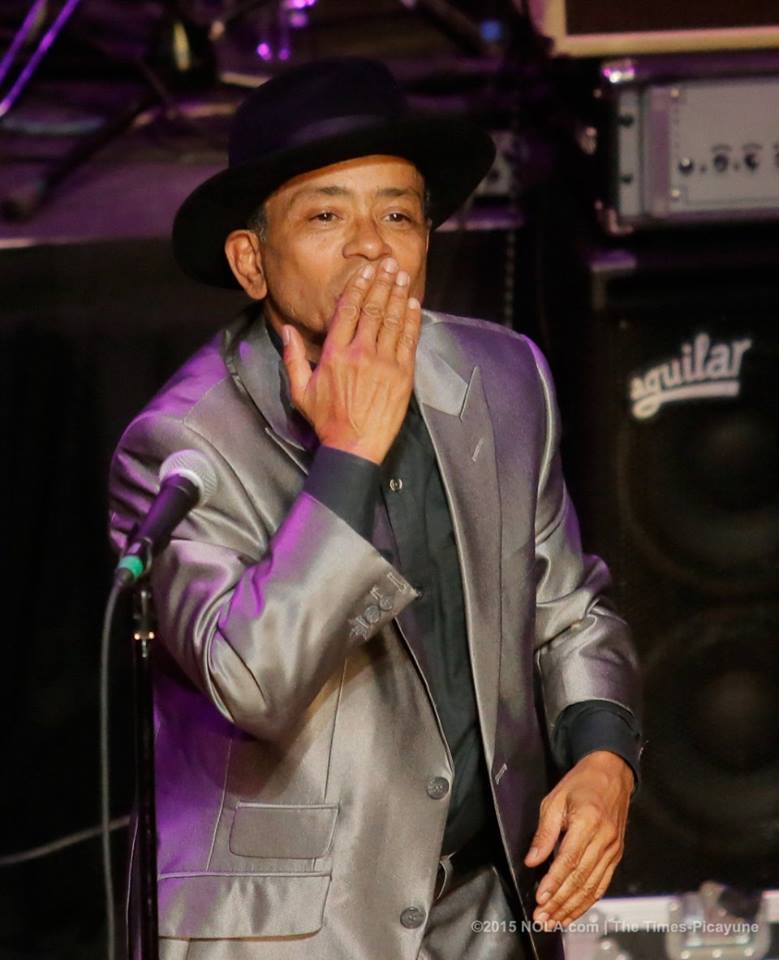 John was a trumpeter and coronet player in his school’s marching bands. He was also a section leader in a town that saw marching bands battle like street demons. John was also able to sing at talent shows, then with street acapella groups. These groups were called “Spirit” then “Remnant”. Let those names linger for a while, then let them resonate an even longer, street a capella groups named “Spirit” and “Remnant.” John became friends with and mentors of jazz legends like Paul Babarin and Louis “Big Eye” Nelson. Lillian Boutte (John’s sister) introduces John to local legends such as Dr. John, Allen Toussaint, and James Booker. John attended Xavier University after high school. This black Catholic university is well-known in New Orleans, and throughout the Deep South. John graduated from high school and was commissioned an officer in the U.S. Army. He had the opportunity to sing and direct the Army gospel choirs in Texas, Virginia, and eventually Korea. Ironically, it was in Korea that John began to understand himself as an American, an artist, and a person. John returned to America shortly after and was invited to travel almost all of Europe with his sister Lillian. Europe provided John with lessons in languages, cultures, and customs that allowed him to reflect on his life as a jazz singer. John continued to sing after he returned home to New Orleans. There was a new generation of musicians, like Herlin Riley and Shannon Powell, as well as Bryan Blade. He opened shows for Mel Torme and Lou Rawls, Rosemary Clooney, Herbie Hancock, and most recently, Rosemary Clooney. He has released three CDs in recent years. Through the Eyes Of A Child, Scotch, and Soda and the amazing Jambalaya were all recorded for Bose. Another CD, Gospel United, is a concert recording that he arranged in Denmark. It features his extraordinary solo arrangement of “The Battle Hymn of the Republic”, which was awarded Gold Record status in many European markets. John lives in New Orleans next to his childhood home. You can sometimes hear him singing or whistling. Sometimes, you can even hear him from the street singing a Korean song. John’s job as a singer is to perform jazz music with such grace and style that no one can mistake him for anything else than a master. John is one those rare cases in which the art comes from the heart. John is like a butterfly clinging to its wings. Listening to him sing is like feeling a brief touch from the wing. from http://www.johnboutte.com