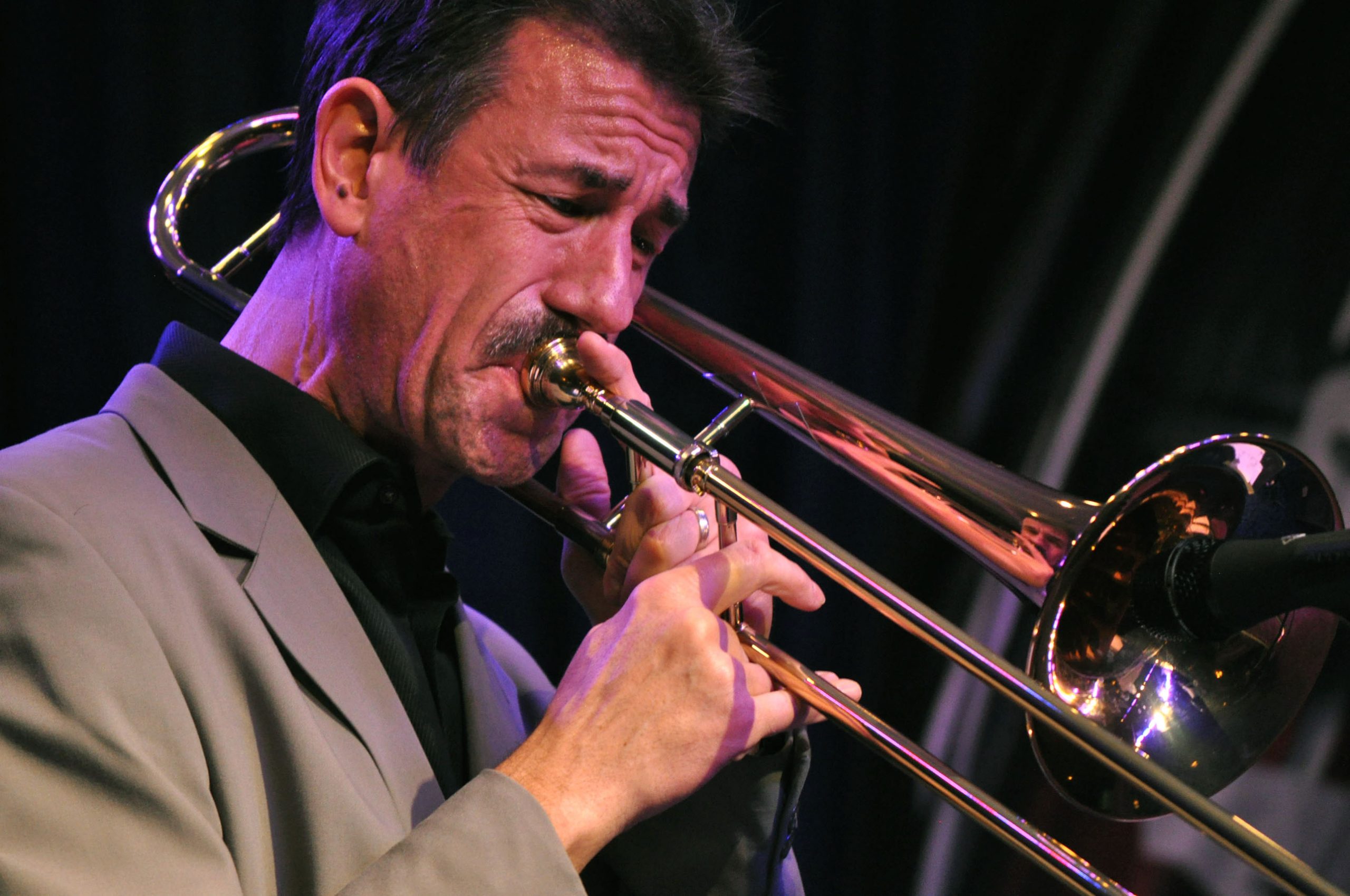 John Fedchock has enjoyed a distinguished career in jazz for more than three decades. Fedchock, who first appeared on the jazz scene in 1980 has been a world-class trombone soloist and a well-respected bandleader. He is also a Grammy-nominated arranger. Fedchock has been a highly-respected performer and writer in New York City over the past twenty years. His multifaceted talents have made him one of NYC’s most prominent jazz musicians. John Fedchock New York Big Band, which he has acclaimed critically, is a landmark group that showcases Fedchock’s trombone playing and arranging skills as well as his all-star soloists. The four albums the band recorded for Reservoir Music include “New York Big Band”, “On The Edge”, “No Nonsense”, and “Up.”