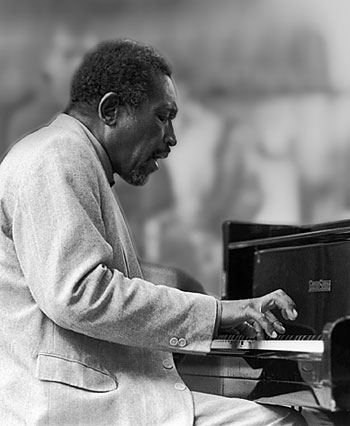 John Josephus Hicks, Jr. (December 21, 1941 – May 10, 2006 ) was an American jazz pianist and composer, active in the New York and the international jazz scene from the mid-1960s. Hicks was born in Atlanta, Georgia. He studied music at Lincoln University in Missouri and Berklee School of Music in Boston before moving to New York in 1963. He was a member of Art Blakey’s Jazz Messengers (1964–1965) and occasionally in the 1970s, worked with Betty Carter (1966–1968, 1975–1980), and was in one of Woody Herman’s groups (1968–1970). From the early 1980s until his death he performed solo and led his own groups including “The Keystone Trio”, with Idris Muhammad and George Mraz. Hicks played and recorded with jazz artists such as Lee Morgan, David Murray, Joe Lovano, David “Fathead” Newman, Pharaoh Sanders, George Mraz, Arthur Blythe, Kenny Barron, and Gary Bartz among others. The pianist recorded the seventh instalment of the “Live at Maybeck Recital Hall” series of solo concerts, which were recorded for Concord Records. From 1983, the flautist Elise Wood was regularly a member of his groups. The couple married in 2001. Wood survives him, and has led groups dedicated to his music. from wikipedia