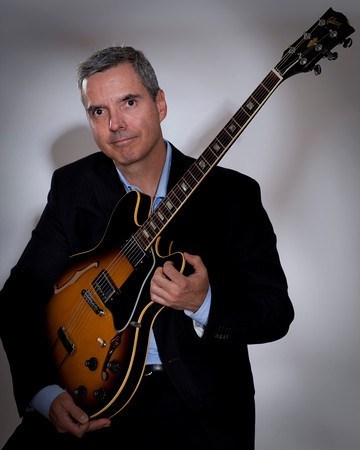 John Moulder, a guitarist and composer, is an amalgamation of many musical traditions. John Moulder’s music and playing can be found on his CDs Awakening (Mo-Tonal Records, 1993), Through the Open Door(Igmod/Mo-Tonal Records 1997), Spirit Talk (NAIM 2003), and his latest release Trinity. Artbeat (WTTW), Chicago Tonight (WTTW), and others have aired televised features about John and his work. Jackie Allen’s recent recordings, The Men in My Life (Blue Note 2003), Love is Blue (2004) and Tangled (Blue Note 2005) featured John as a guest musician. John is a twelve-year member of the Paul Wertico Trio. Live in Warsaw (Igmod Records 1998), Don’t be Scared Anymore(Premonition Records 2000), Stereonucleosis (2004), Stereonucleosis (2006) and his latest release The Other Side. He has performed at many festivals, clubs, and concert halls across the country and abroad, and has shared the stage with such artists as Kurt Elling and Eddie Harris. John earned his Masters in Music from Northwestern University. He is currently an educator at Northwestern University and Benedictine University. He has taught master classes, lectured and led clinics in universities, high schools, music institutions, and other settings. from http://originarts.com