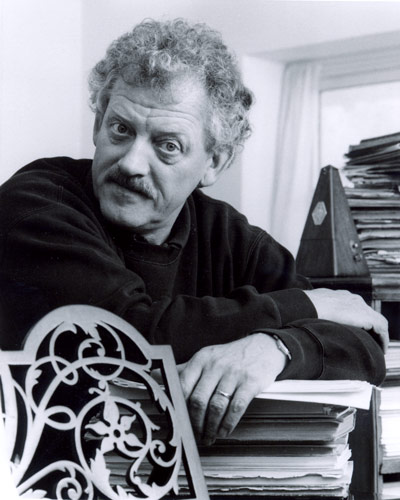 John Taylor, 25 September 1942 – 17 Jul 2015 was a British jazz pianist who was born in Manchester. He has performed occasionally on the organ as well as the synthesizer. John Taylor was first discovered by the jazz community when he collaborated with the saxophonists Alan Skidmore (left) and John Surman (right). Later, he was reunited with Surman and formed the band Morning Glory. He also toured with Miroslav Vitous’s group in the 1980s. Taylor began to compose music for his own sextet in the 1970s. He was an accompanist to Cleo Laine during the early 1970s. Taylor also collaborated with many artists at Ronnie Scott’s Jazz Club in London and was later a member Scott’s quintet. Taylor, Norma Winstone, and Kenny Wheeler formed the trio Azimuth in 1977. Taylor was a synthesiser, and organ player on some recordings of the group. Richard Williams described the group as “one of today’s most creatively designed and delicately balanced chamber-jazz ensembles”. They recorded several albums for ECM Records, and performed all over Europe, America, and Canada. Taylor worked with Gil Evans, Jan Garbarek and Gil Evans in the 1980s. He also performed with Tony Coe as well as with Steve Arguelles and Charlie Mariano. One of the projects that Taylor composed was a piece for the Hannover Radio Orchestra, a commission for Cantamus Girls Choir in England with Lee Konitz and Steve Arguelles. Taylor also sang “Laughter and Forgetting”, a song by David Sylvian, on which Kenny Wheeler was also featured. Taylor performed with Kenny Wheeler’s large ensemble and quartet, and in duo or quartet settings with John Surman. Their recording of Ambleside days on ahum was critically acclaimed. Taylor was an organist on Surman’s 1996 choral work, Proverbs and Songs From Salisbury Cathedral. It was later released by ECM Records. He recorded several recordings for ECM in the 1990s with Peter Erskine and Palle Danielsson as bass. Taylor collaborated with Azimuth, the Smith Quartet and the Weimer Festival in 2000. He also recorded Verso that year with Maria Pia De Vito, Ralph Towner and others. Taylor celebrated his 60th Birthday in 2002 with a Contemporary Music Network Tour, in which he performed his new trio with Joey Baron on drums and Marc Johnson on bass. The tour featured Taylor’s composition, “The Green Man Suite”, performed by the Creative Jazz Orchestra. Taylor was awarded the BBC Jazz Award in July 2002 for his suite. Taylor’s trio recording was released in 2003 with Johnson and Baron. In September 2003, Sketch released his solo CD Insight. John Fordham stated in The Guardian that Taylor is “one of the great contemporary jazz performers at work…a beautiful solo statement from a very modest star.” Taylor released Where Do We Go From Here in 2004. In duo with Kenny Wheeler, Nightfall and Charlie Haden. The duo performed at the Montreal International Jazz Festival. Taylor also formed a new trio that year with Martin France and Palle Danielsson. They recorded Angel of the Presence and performed at the Vancouver Jazz Festival. The recording was released to coincide with their UK tour in January 2006. It has been critically acclaimed. Taylor’s piano style is influenced by classical music and draws heavily from jazz. However, Taylor’s approach to the piano is characterized by an advanced rhythmic and harmonic sensibility. He is an expert in rhythmic meters and “drumming” patterns. He has greatly expanded and developed the harmonic vocabulary of musicians like Gil Evans and Bill Evans. Taylor was previously married to Norma Winstone, a jazz singer. Leo Taylor, their son, is a drummer with the indie rock band The Invisible. Alex Taylor, a singer/songwriter is his other son. Later, he married his childhood sweetheart Carol Weston and remained together for the rest of their lives. From Wikipedia