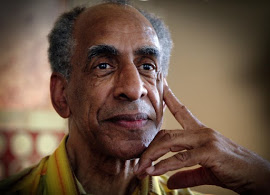 John Martin Tchicai, April 28, 1936 – Oct 7, 2012), was a Danish free jazz composer and saxophonist. Tchicai moved to New York City in 1963 and joined Archie Shepp’s New York Contemporary Five as well as the New York Art Quartet. Tchicai was a member of John Coltrane’s Ascension and Albert Ayler’s New York Eye and Ear Control. These were both important free jazz recordings. Tchicai was the son of a Congolese mother and a Danish father. He moved with his family to Aarhus, where he learned violin and, in his twenties, began to play clarinet and alto-saxophone. His focus was on the former. He was already touring northern Europe with many musicians by the end of 1950s. Tchicai, who had worked in New York, returned to Denmark in 1966 and spent most of his time in music education. Tchicai formed Cadentia Nova Danica, a small orchestra made up of European and Danish musicians. This group performed at multi-media events and collaborated with Musica Elettronica Viva. His appearance at the Willisau Jazz Festival on August 30, 1975 was recorded and later released as Willi The Pig. He is accompanied by Irene Schweizer, a Swiss pianist. In the late 1970s, Tchicai resumed regular gigging and recorded work. He switched to the tenor-saxophone in the 1980s. He was granted a lifetime grant by the Danish Ministry of Culture in 1990. Tchicai, his wife, moved to Davis, California in 1991. He has been a leader of many ensembles. In 1997, he was awarded a National Endowment for the Arts fellowship. He is part of Henry Kaiser’s and Wadada Lee Smith’s “Yo Miles”, a loose group of musicians who explore Miles Davis’ electric time. He had lived in Perpignan, southern France since 2001. He suffered a brain hemorhage at an airport in Barcelona on June 11, 2012. He was in recovery and cancelled all appearances when, on October 7, 2012, he died at Perpignan Hospital.