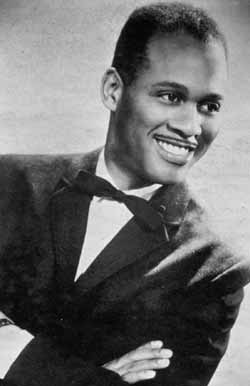 John Merritt Young, March 16, 1922 -April 16, 2008), was an American jazz pianist. Young was a member of the Sarah Vaughan, Ella Fitzgerald and Dexter Gordon jazz bands. In the 1950s and 1960s, he recorded with his own trio and was also a sideman for Gene Ammons, Von Freeman, and other musicians. He was active in Chicago’s jazz scene for a few more years until his passing. Young was born in Little Rock Arkansas and his family moved to Chicago as a toddler. In the 1940s, Young first traveled with Andy Kirk and his Twelve Clouds of Joy, a popular big band. Young quit Kirk’s band in Chicago and began performing with the Dick Davis combo. He continued to perform with them until 1950 when he started his own group with Eldridge Freeman drums and Leroy Jackson bass. He signed with Argo Records in 1957 and recorded Opus de Funk, his first LP. He was active in Chicago’s jazz scene and regularly played at popular clubs with musicians such as Big Joe Turner, Dexter Gordon, Von Freeman, and Von Freeman. He was often a sideman for Eddie Johnson, tenor-saxophonist, and made more than a dozen appearances in Chicago Jazz Festival. Sciatic nerve inflammation caused him to retire in 2005. On April 16, 2008, he died of multiple myleoma. Living with Jazz author Dan Morgenstern called Young “one Chicago’s many unsung piano originals.” Allmusic.com described Young as “criminally underappreciated” outside of the Chicago bop scene. From Wikipedia