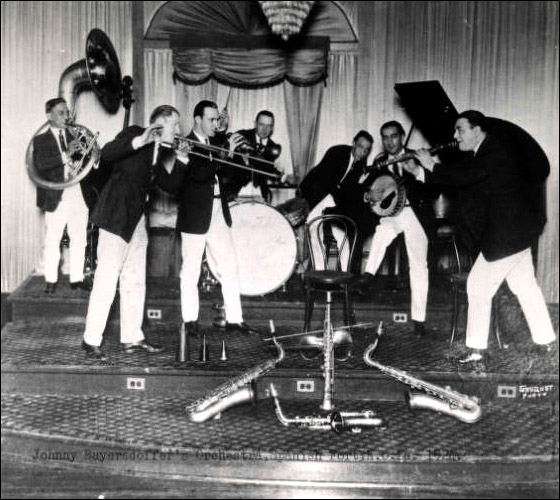 Although his name may sound like someone who would lead an Oktoberfest “oompah” band, Johnny Bayersdorffer is a New Orleans jazz brass player. He also played in several popular bands throughout the 1920s. Later, he moved around between many large American cities, including Chicago. Bayersdorffer started his own bands in high school. He was probably afraid that he wouldn’t be able to find a leader willing to announce his name on stage. Jazzola Ltd. Jazzola Ltd. Band and Johnny Bayersdorffer