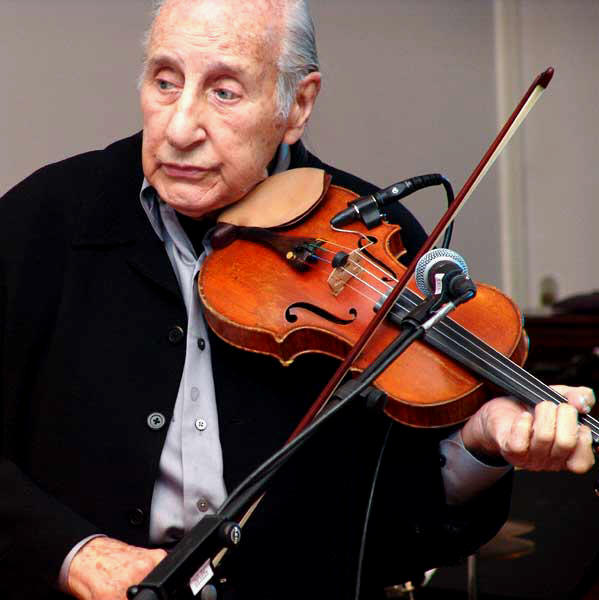 Johnny Frigo, December 27, 1916 – July 4, 2007, was an American jazz bassist and violinist. Frigo was born in Chicago and began studying violin at age 7. He began to play double bass in dance orchestras during high school and would go on to be a professional bassist for many decades. He performed a comedy routine with Marx on the piano and played in Chico Marx’s orchestra in 1942. He enlisted in the United States Coast Guard during World War II, only to be found playing with Al Haig (and Kai Winding) on Ellis Island. He moved to New Jersey after a brief stint in active service at the end of World War II. From 1945 to 1947, he toured with Jimmy Dorsey and later formed the Soft Winds trio along with Dorsey’s guitarist Herb Ellis. Lou Carter was also a member of his band. He also wrote the music and lyrics to the song “Detour Ahead”, which was recorded by Billie Holiday and Sarah Vaughn. Frigo was back in Chicago in 1951, where he continued to work as a studio bassist and arranger. He was also the leader of the band at Mr. Kelly’s on Rush Street. He played fiddle hoedowns with the Sage Riders between 1951 and 1960, which was the house band for WLS’s long-running National Barn Dance. After WGN’s 1961 revival of the show, he continued to play with the Sage Riders for fourteen more years. Frigo gave up playing bass in the mid-1980s to focus on his violin. Alexander invited Frigo to join him for several live dates. These included Triple Treat II (Concord 1987) and Triple Treat III (Concord 1987). Johnny Carson once asked Frigo about the time it took to get his career started as a violinist. Frigo said, “I want to take as much time as possible in my life so that I don’t have the time to be a has-been.” He was a jazz violinist and performed at many festivals around the world, including the Umbria Jazz Festival. Frigo was also a published poet, artist, and flugelhorn player. He composed and performed “Hey Hey Holy Mackerel”, a 1969 Chicago Cubs song. Wikipedia