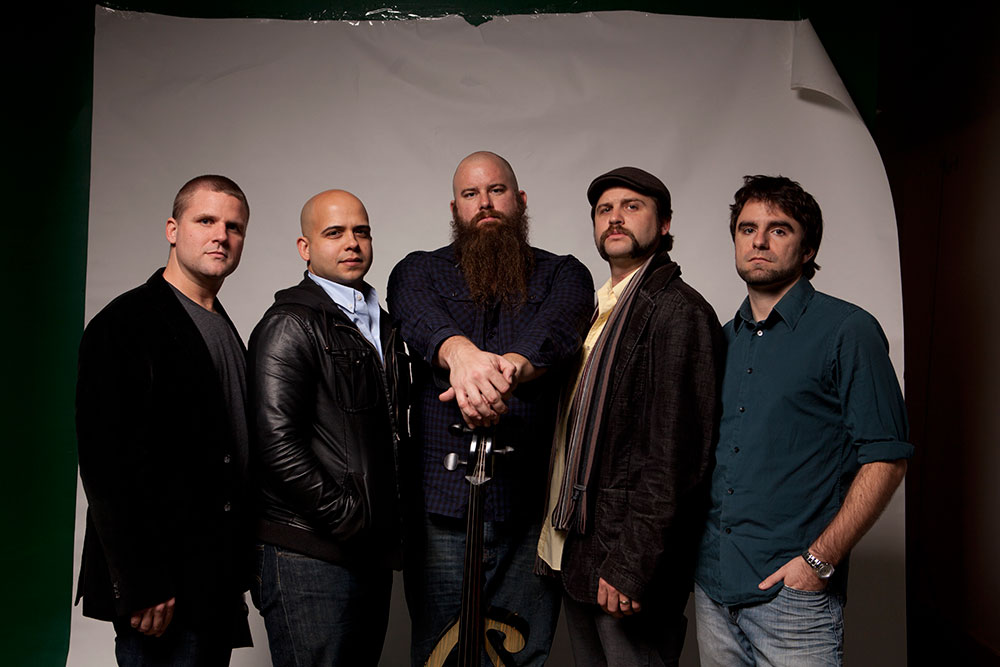 Johnny Sketch and the Dirty Notes rock the house every time they play! The classically-trained New Orleans band brings a variety of musical styles to the stage every time they play. JSDN is a band that defies easy classification. Their irreverent funk is laced with rock riffs and a Gypsy/Klezmer flair, a Latin tinge courtesy a hard-hitting horn section, as well as a sense humor. JSDN is a group of carefully crafted alter egos and mystical musicians who are hesitant to share their own selves, but are willing to funk above the call of duty. Johnny Sketch (Marc Paradis), on guitar, electric cello and lead vocals, Busta Gnutt, Dave Pomerleau on bass and backing vocals, Dirty Johnny (Andre Bohren), on drums, backing vocals, and Johnny Rico (Omar Ramirez), on trumpet and flugelhorn. Johnny Come Lately (Brad Walker), on saxophones. JSDN wants their audience to have FUN. They take them from a relaxed, funky groove to a wild, raucous frenzy with a live show that is just as well-crafted as the musical arrangements. JSDN has a strong following in New Orleans and all over the country. JSDN was formed in 2001 and has grown together as a group. They are a band that has accumulated a lot of experience and is cohesive in their performances. In May 2013, JSDN will perform their 10th consecutive New Orleans Jazz performance.