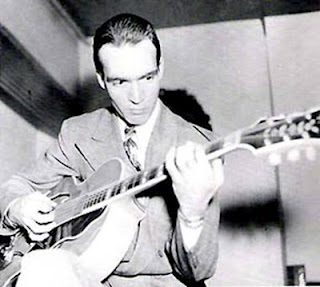 Johnny Smith (born John Henry Smith Jr. in Birmingham, Alabama on June 25, 1922) is an American jazz guitarist. However, he doesn’t consider himself to be a musician. “Moonlight in Vermont”, his most acclaimed album, was a critically acclaimed record featuring Stan Getz and Zoot SIMS as saxophonists. Smith’s playing is characterized by closed-position chord voicings and rapidly ascending lines (reminiscent of Django, but more diatonic than chromatically-based). Smith recorded on the Roost label from 1952 to 1960, where his reputation rests. The majority of these songs were issued by Mosaic Records in an 8-CD set. The most well-known musical composition of his is “Walk, Don’t Run”, which he composed for a 1955 recording session to counter the chord changes in “Softly, As In the Morning Sunrise”. Chet Atkins, another guitarist, covered the song. The Ventures were formed by musicians who heard the Atkins version. They simplified and speeded up the song and it became a huge hit in 1960. Johnny Smith, a multi-talented musician, was equally at home in the Birdland jazz club as he was sight-reading scores in the orchestral pit at the New York Philharmonic. Smith was undoubtedly the most versatile guitarist of the 1950s. He played everything from Schoenberg to Gershwin and originals. Johnny Smith left the public eye in the 1960s. He had moved to Colorado in 1958 in order to open a music shop and raise his daughter. Retrieved from “http://en.wikipedia.org/wiki/Johnny_Smith” User-contributed text is available under the Creative Commons By-SA License and may also be available under the GNU FDL.