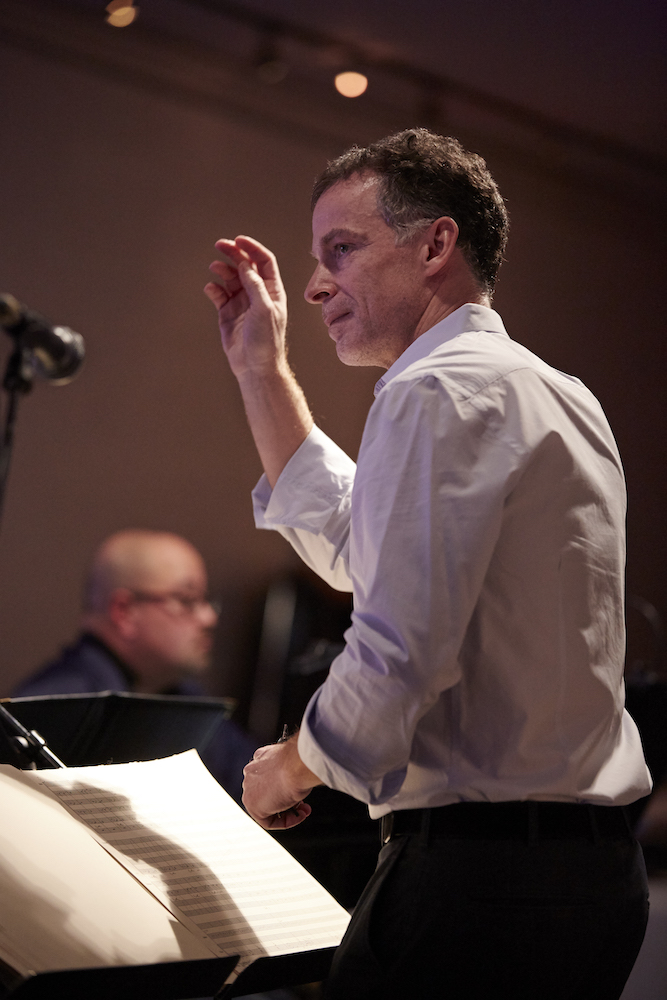 In 1990, I received a BA degree in music. I was a member of the Brown Jazz Ensemble for four years under Matt McGarrell. I performed and learned as an arranger and composer. Rehearsals were so informal and open that it was easier to share ideas than create fully-formed compositions. I was accepted into the Manhattan School of Music’s Master’s Program for Jazz Composition in September 1991. I learned from a professional composer and was able to align my technique with my compositional ideas. The graduation requirements included assembling and rehearsing big bands, performing in public, renting venues, creating programs, recording music and managing the space after the concert. Although the extramusical skills I learned in the Master’s program were invaluable twenty years later, it was still necessary to write more music in order to form my own band. I also taught for a year at a small liberal arts college in Pennsylvania. I then entered the NYU PhD program. I joined the BMI Jazz composer’ workshop and, in 2001, was appointed to the faculty in the music department of Yeshiva University. I have been teaching ever since. BMI Workshop was a great source of musical contacts. I know enough musicians to fill 17 seats in my big band when I schedule rehearsals, and I can find subs quickly if anyone needs to miss a gig or rehearsal. After three months of emailing hundreds of musicians I’d met along the journey, Schapiro17 was formed in the fall 2012. Since I started the band, I have seen firsthand how eager and willing musicians are to help one another. They will spend three hours rehearsing, not because there’s a pot of gold at its end, but because they enjoy being together in a large band setting. We chat shop, listen to new music, and catch up. Rehearsals can be like reunions, especially if a sub knows half of the band and comes to join us. Listening to the musicians live, or recording them, gives me ideas for who might fit my vision. Schapiro 17 was launched in March 2014. I had to rent the hall and ask my wife, one of my trumpet players, to open the door. My 17-year old son put up the chairs. The venue paid me for the next performance, and took care in many details. So far, we’ve only had one performance in 2015 with similar conditions. We are looking forward to the next gig and our debut recording. Visit www.brown.edu