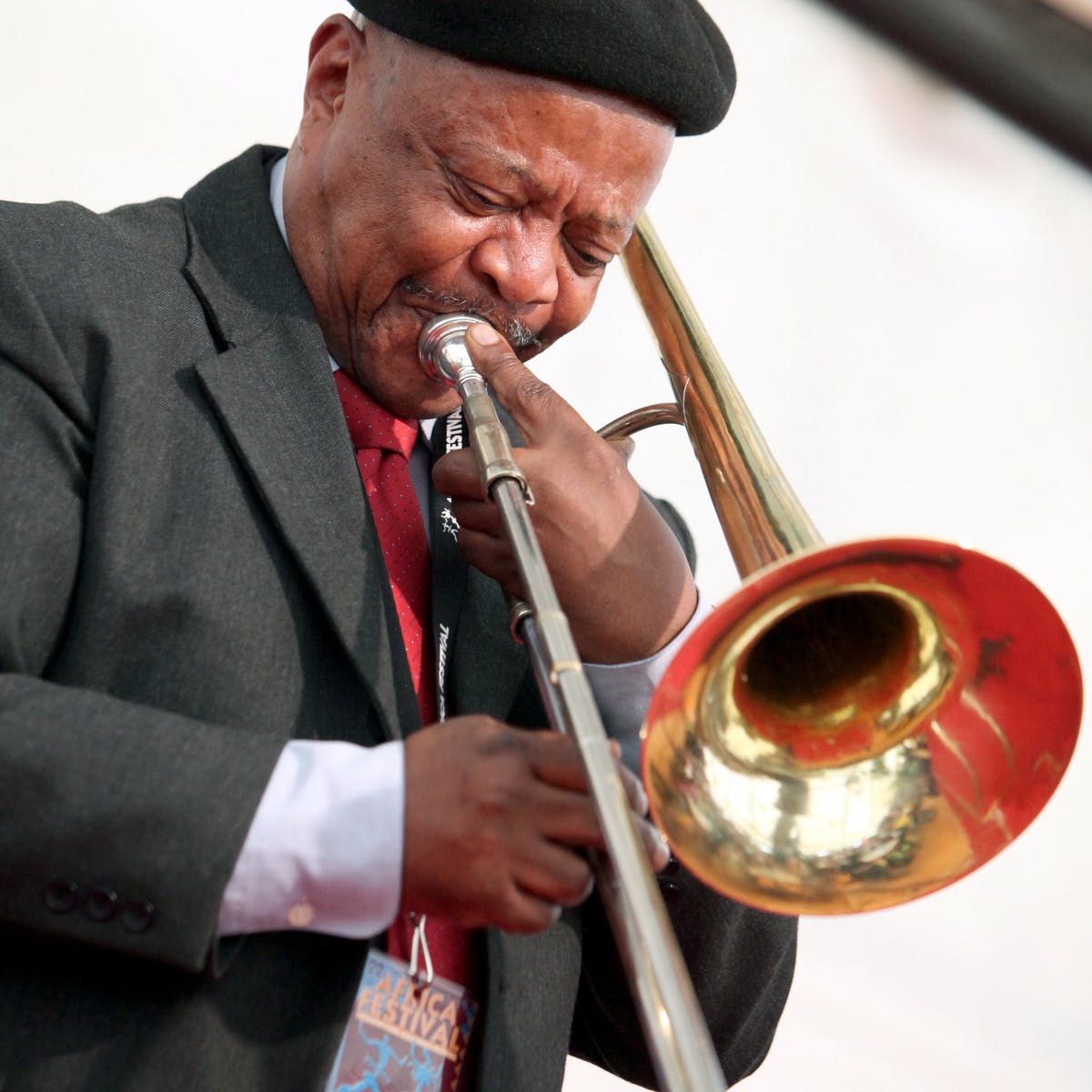 He was a pioneer in South African jazz and an anti-apartheid activist. He co-founded the revolutionary group, the Jazz Epistles. Jonas Gwangwa, a South African jazz pioneer who was born Jonas Mosa Gwangwa, played an important role in South African jazz’s evolution. He was also a member the Jazz Epistles, which was the first album by a black South African band. Gwangwa became an award-winning composer. He composed the theme music to South Africa’s Olympic bid 1997. Gwangwa was among many talented musicians who were mentored in the early 1950s by South African alto-saxophonist Kippie Meketsi. Gwangwa continued his popularity among South African jazz fans even after the dissolution of the Jazz Epistles, in 1959. In the mid-’60s, his fame spread to the United States. Gwangwa shared the stage at Carnegie Hall’s Sound of Africa concert in 1965 with Miriam Makeba and Hugh Masekela. He returned to America two years later to take part in The Main Event, which featured Masekela, Herb Alpert, and other performers. Gwangwa, despite his reputation, was still a victim to apartheid. Gwangwa fled South Africa after the South African government made it illegal for blacks in the early 1970s. Gwangwa toured Europe with King Kong’s musical production, and he continued to the United States where he studied at the Manhattan School of Music. He was able to reach American audiences with the support and encouragement of Harry Belafonte. Gwangwa, a composer/arranger who continues to push the boundaries of music and arrangement, served ten year as the musical director for Amandla’s ANC cultural ensemble tour. He collaborated with George Fenton in 1987 and 1988 to create the score for Richard Attenborough’s film Cry Freedom. The film was nominated for Oscars, Grammys, and Golden Globe awards. It also received Ivor Novello, Black Emmy, and Grammy awards. Gwangwa returned home to South Africa in 1991 to continue writing and recording, releasing the albums Flowers of the Nation and A Temporary Convenience 2000. Jonas Gwangwa, 83, died January 23, 2021.