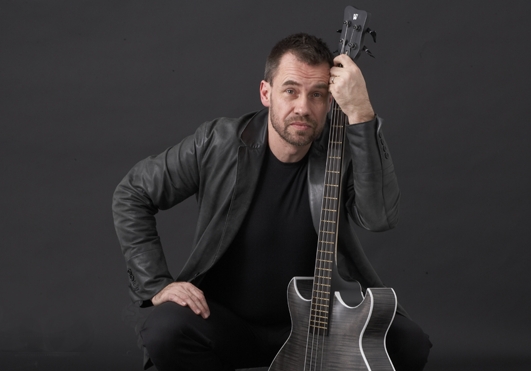 Jonas Hellborg is known for his unique music. The Swedish composer and bass player Jonas Hellborg refuses to conform to conventions. He rejects the traditional notions of creativity or improvisation, and sees himself as someone who simply reflects the realities and forces of nature. He is a shining example of this outlook, as evidenced by the many musical adventures he has taken. Hellborg was a jazz musician who first made waves in the 1980s. His innovative bass playing, which incorporates melodic, chordal and percussive approaches to the instrument, quickly earned him a reputation. After releasing a few solo albums, he was invited to join Mahavishnu. This is an updated version John McLaughlin’s pioneering 1970s fusion band Mahavishnu Orchestra. Hellborg worked alongside McLaughlin during the existence of Mahavishnu, which ran from 1983 to 1988. He was part of a variety duo and trio forms that included drummers Trilok Gurtu and Billy Cobham. Hellborg worked with Bill Laswell during the early 1990s on several recordings including The Word, which featured Tony Williams as a drummer and a string quartet. They also collaborated on Material’s groundbreaking Hallucination Engine, Ginger Baker’s thunderous Middle Passage and two experimental funk records by Deadline, Dissident, and Down by Law. Hellborg’s recordings on his Bardo and Day Eight labels are what best show his talent. These labels are the majority of Hellborg’s solo output. They feature him in many different acoustic as well as electric settings. There are solo bass releases, duos with Glen Velez (frame drummer), and trios featuring Apt and Michael Shrieve. The label’s highlights include Q-258, guitarists Buckethead, Shawn Lane and guitarists Buckethead. Lane was a prolific composer and player who served as Hellborg’s longest-standing partner before his tragic death from lung disease in September 2003. Hellborg has had a passion for exploring a unique mix of jazz and South Indian classical music since the late 1990s. Hellborg was accompanied most of this work by Lane, who also shared his interest in Eastern sounds. Their 1999 Indian-flavored CD, Zenhouse, was a serene and beautiful effort that featured their own interpretation of the raga form. Hellborg says, “My fascination with Indian music dates back to my teenage years as a hippie.” “In the late 1960s and early 1970s, Indian music was popularized by everyone, including Ravi Shankar, the Mahavishnu Orchestra, and the Beatles. John McLaughlin was my favorite musician when I first started playing seriously. After that, I began playing with John McLaughlin and met all these amazing Indian people. It’s been a constant thing throughout my entire career. For Westerners, the rhythmic complexity and beauty of Western music is what’s immediately obvious. This was the first thing that attracted me to India. Its method of teaching, composition, and understanding rhythms. Hellborg’s 2000’s Good People in Times of Evil was a major step forward in his approach to Indian music. The record also featured V. Selvaganesh (a celebrated Indian percussionist and a member of Shakti), who was joined by Lane. These results were breathtaking. Hellborg was a unique and exciting musician, and the album cemented his reputation as one modern music’s most innovative and interesting voices. The album also provided the foundation for the 2003 release of the impressive Icon. Hellborg invited Selvaganesh’s brother, V. Umamahesh, and percussionist V. Umashankar to participate in that project. This quintet demonstrated a seamless integration of Indian and Western influences. Icon is a shining example of Indian fusion’s best. It features a dynamic group interplay, moments full of spontaneity, and elegant, ethereal passages. Hellborg, in addition to his work with V. Selvaganesh’s latest release Kali’s Son featuring Sitar master Niladri Kumar, has started a new Venture together with Mattias Eklundh, a Swedish guitarist. Their musical vehicle is “Art Metal”, which combines Indian Music, Jazz and other forms of Metal. From www.hellborg.com