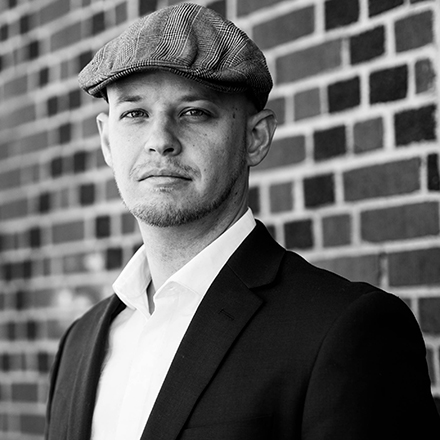 Jonathan Powell was born in Largo (Florida) and began playing the trumpet when he was twelve years old. He was a star member of the All-State Band, All-State Jazz Band, and advanced under Raymond Mase’s guidance at the North Carolina School of the Arts. There, he met three other like-minded students and founded Quantum. They won the Downbeat Student Awards award for Best Student Jazz Group (1998, 1999). Jonathan returned home to Florida to experience the local music scene. He performed with numerous groups including Bogus Pomp, an All-State Band and All-State Jazz Band, SHIM (avant-garde) and Rocksteady @ 8 Reggae, Ska, Rocksteady, as well as his own bands. He moved to New York in 2001 and got a gig with La Creacion, a Colombian band. He was praised for his participation with Sam Rivers Fluid Movement in 2003 and was awarded the Latin Jazz Corner’s Best Latin Jazz Trumpeter award in 2007. He also formed Nu Sangha in 2003, which means “community”, in Tibetan. In 2007, he released Transcend, an electronica-infused fusion of Rock, Jazz, and Electronica. Jonathan’s latest recording, Beacons of Light, draws inspiration from jazz legends past and present such as John Coltrane and Freddie Hubbard. It is a meditation that pays tribute to the spiritual and revolutionary minds of today, such as the Dalai Lama (the Sufi poet, mystic, and Rumi), and Dr. Martin Luther King Jr. Jonathan is a member of many artists when he’s not performing with his group. These include Eddie Palmieri and his Latin Jazz Septet and Salsa Orchestra as well as Arturo O’ Farrill’s Afro Latin Jazz Orchestra and Darcy James Arche’s Secret Society, Miguel Zenon and Ricky Martin, as well JT Taylor from Kool and the Gang. Jonathan summarizes his musical philosophy as “The new album was a tribute to those who have done incredible things.” If people enjoy the music and are open to hearing from people they don’t know, I feel that I have done my part. Jonathan Powell is an artist on the rise and a bandleader. In the years ahead, expect great things from Powell. from www.jonathanpowell.net