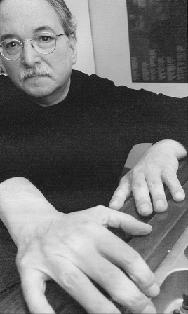 Jordi Sabates, a Spanish composer, arranger and pianist was born October 23, 1948 in Barcelona. He also composed scores for several films, mostly documentaries like Bola de Nieve (2003). He formed Jarka in 1971 and began his work with Toti Soler in 1973. He toured in the late 1990s with Maria del Mar Bonet, and other prominent Spanish artists. From Wikipedia