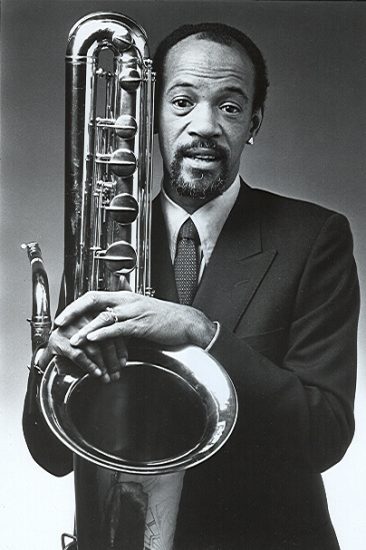 Joseph Jarman (September 14, 1937 – January 9, 2019) was a jazz musician, composer, and Shinshu Buddhist priest. He was one of the first members of the Association for the Advancement of Creative Musicians and a member of the Art Ensemble of Chicago. Jarman grew up in Chicago, Illinois. At DuSable High School he studied drums with Walter Dyett, switching to saxophone and clarinet when he joined the United States Army after graduation.During his time there, he was part of the 11th Airborne Division Band for a year. After he was discharged from the army in 1958, Jarman attended Wilson Junior College, where he met bassist Malachi Favors Maghostut and saxophonists Roscoe Mitchell, Henry Threadgill, and Anthony Braxton. These men would often perform long jam sessions at the suggestion of their professor Richard Wang (now with Illinois University). Mitchell introduced Jarman to pianist Muhal Richard Abrams, and Jarman, Mitchell, and Maghostut joined Abrams’ Experimental Band, a private, non-performing ensemble, when that group was founded in 1961. The same group of musicians continued to play together in a variety of configurations, and went on to found the Association for the Advancement of Creative Musicians (AACM) in 1965, along with Fred Anderson and Phil Cohran. Jarman’s solo recording career began at this time with two releases on the Delmark Label which included non-conforming recording methods, such as spoken word and “little instruments”, the latter a technique that Jarman and Mitchell would use to effectiveness in the Art Ensemble. The band he fronted and used during these recordings between 1966 and 1968 included Fred Anderson (tenor sax), Billy Brimfield (trumpet), Charles Clark (bass), Christopher Gaddy (piano) and Thurman Barker (drums). However, in 1969 Clark and Gaddy both died and Jarman disbanded his group. Shortly after his bandmates Clark and Gaddy died in 1969, Jarman joined Mitchell, Maghostut and Lester Bowie (trumpet) in the Roscoe Mitchell Art Ensemble in 1967; the group would be later rounded out with the addition of Don Moye on drums. This band eventually became known as the Art Ensemble of Chicago (AECO). The group was known for being costumed on stage for different reasons; Jarman wore facepaint and has mentioned that it “was sort of the shamanistic image coming from various cultures.”The group moved to Paris in 1969 and lived there for many years in a commune that included Steve McCall, the great drummer who went on the form the jazz trio Air with Threadgill and bassist Fred Hopkins. Moving back to Chicago in the 1970s, Jarman lived in a musicians’ building in Hyde Park, in Chicago, with Malachi Favors as his roommate. In 1983, he moved to Brooklyn, New York from Chicago and had lived there since that time. Jarman stayed with the Ensemble until 1993, when he left the group to focus on his spiritual practice, “a cleansing process” as he stated. The move wasn’t announced at first, leading fans to speculate about Jarman’s health when he didn’t appear on stage for an AECO Thanksgiving weekend show at the Knitting Factory in 1994. He didn’t have much to do with music until 1996 when in January he recorded two CDs, The Scott Fields Ensembles’ 48 Motives and the concert, duo CD Connecting Spirits with Marilyn Crispell, which Fields produced. Later in the year his friend and fellow AACM peer Leroy Jenkins asked him to join a trio with him and Myra Melford in Chicago, which would eventually be called Equal Interest. Looking back on those three years without music, Jarman commented that “I didn’t realize it, but it actually depressed me in many ways.” He was then commissioned to write a chamber orchestra piece, which led him to the realization of how to incorporate his Buddhist teachings into his music. Jarman returned to the AECO in January 2003. Along with the saxophone and clarinet, Jarman also played (and recorded on) nearly every member of the woodwind family, as well as a wide variety of percussion instruments. Aside from his work with relatively traditional jazz lineups, he also composed for larger orchestras and created multimedia pieces for musicians and dancers. Jarman was most widely known for his musical accomplishments, but he was also involved in the practice of Zen Buddhism and aikido. He began his study of aikido in the early 1970s in the Hyde Park neighborhood of Chicago. He began studying Zen Buddhism in 1990 and visited various monasteries in Eastern Asia, including Higashi Honganji Honzon in Kyoto, Japan. A few years later, he opened his own aikido dojo/zendo, Jikishinkan (“direct mind training hall”), in Brooklyn, New York. He was latterly a Jodo Shinshu priest, and held a rank of godan (fifth degree black belt) in aikido. Joseph Jarman died at the Lillian Booth Actors Home in Englewood, New Jersey on January 9, 2019, as announced by the New York chapter of the AACM on their website. He was 81. from wikipedia