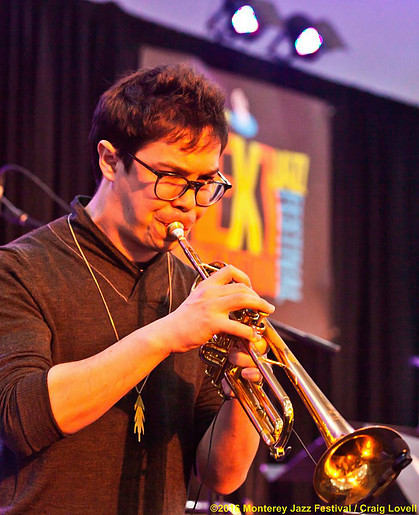 The Berklee College of Music student at 22 has made it a way of life to break down generational barriers. Shpak is a sought-after commodity in the music industry due to his wide musical influences, which include electronica and classic jazz. This cross-generational talent has helped Shpak launch a career performing with jazz legends such as Dave Liebman, Jimmy Heath and George Garzone. He also played with soul legends Tower of Power and young cross-over innovators such as Nir Felder, Casey Benjamin and John Daversa. Josh Shpak, a protégé of Clark Terry, is driven by both a deep respect for the past and a desire to make his mark on the future. “Every great musician has been fully present in their own time, while using their knowledge to drive their creative forces.” Josh Shpak is currently a member the Boston-based rock/funk/dance/pop band, RIPE. He also plays in the acoustic jazz ensemble, THE AFFINITY QUARTET and the MARIO CASTRO QUINTET among many other projects. The Josh Shpak Band is his own band. This cutting-edge jazz ensemble combines the sounds of jazz, electronic, film, and rock music. Leigh McCloskey’s artwork graced the band’s debut EP “ASTATIC,” which was released in late-summer 2015. It features artwork that has been featured on the covers of Flying Lotus “Cosmogramma”, and the Rolling Stones “Bigger Bang Tour”. The Monterey Jazz Festival’s 2016 “Next Generation Jazz Festival” featured the Josh Shpak Band. Josh Shpak has received many awards and accolades, including being named 2nd place winner of the 2015 Carmine Caruso International Jazz Trumpet Competition. He was also selected as one of four trumpet finalists for Thelonious Monk’s 2012, 2014, and 2016 Thelonious Montk Institute of Jazz. He was also named as a recipient the 2014 ASCAP Herb Alpert Young Jazz Composer Award. He was also named as a 2014 Downbeat Magazine Student Award winner for small ensemble original composition for his piece “LET GO”.