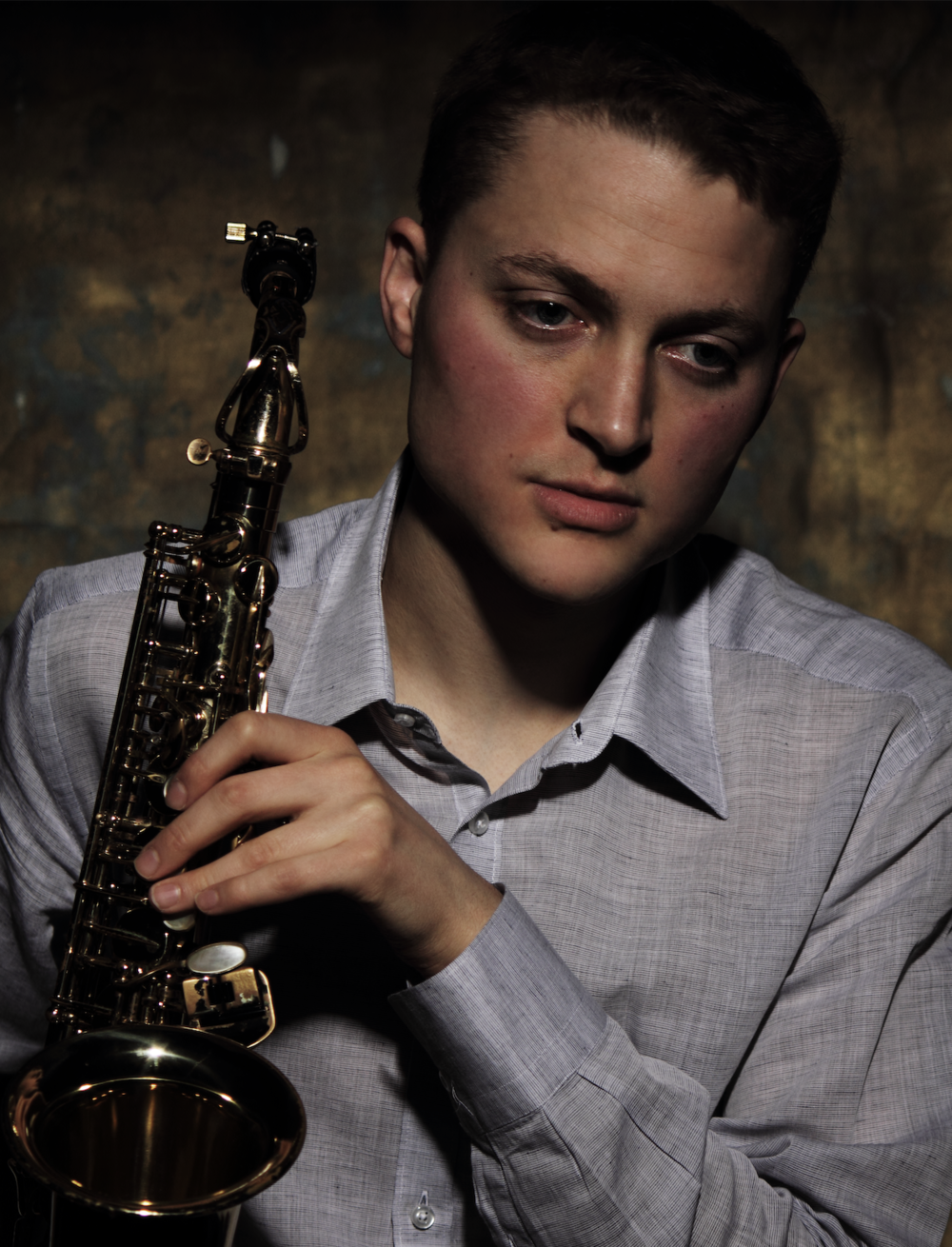 London-born saxophonist and composer Joshua Jaswon has undergone something of a transformation over the past three years. Following the disastrous results of Britain’s 2016 BREXIT referendum vote Joshua took the decision to leave London for Berlin and set about establishing himself in Europe’s creative hub and heartbeat. This journey of musical discovery has lead to collaborations with artists from Berlin, Paris, Amsterdam and Copenhagen and the formation of the Joshua Jaswon Octet. Using powerful poems of protest as the basis for its music, the octet’s distinctive sound is lyrical, intensely rhythmic and steeped in the magic of storytelling. Their ambitious long-form compositions are brought to sonic life in Joshua’s first release for Ubuntu Music, Silent Sea, and feature the phenomenal Dutch vocalist Anna Serierse. Although Joshua has for many years been interested in the manifold relationships between literature and jazz – he cites writers such as Albert Murray, Stanley Crouch and Ralph Ellison as early musical influences – this is the first project where the composer has actively used text and written for voice. Poet Laureate Jackie Kay’s response to the project reflects Joshua’s talent and intuition for this area of composition: “It is moving, fresh and thought-provoking and the music perfectly mirrors the poem’s anxiety and satirical humour. The jazz music fits the poem like a hand to a glove, and the rhythms and tempos capture the heightened sense of time running out, of seizing the moment. It’s a pleasure for a poet to have their words so thoughtfully put to music. I’m delighted with the result.” Jackie Kay Poet Laureate of Scotland Having grown up in London Joshua graduated from the Guildhall School of Music and Drama with a 1st class honours degree in Jazz Performance. While only in his second year he led the winning group in the Chartered Surveyors Jazz Ensemble Competition and on completing his degree was awarded a two-year Artists Fellowship at the conservatoire. Later he would go on to win a fully-funded place on the highly prestigious European Jazz Masters Course at the Jazz-Institut Berlin. As a bandleader and sideman Joshua has made appearances in the London Jazz Festival, Copenhagen Jazz Festival, City of London Festival, Berlin Instrument of the Year Festival, performed at venues such as Ronnie Scotts, LSO St. Luke’s, Kings Place, The Vortex, The Elgar Room, Kunstfabrik Schlot Berlin, Brorson’s Kirken Copenhagen, Dokkhuset Trondheim, La Gare Paris and the Barbican Theatre; has been broadcast on Jazz FM and BBC Radio 3 and led educational workshops. Featuring Freddie Gavita, George Moore, Calum Gourlay and Andy Chapman, Joshua’s debut album Ribbons was released in 2015 and received highly-positive reviews. “With his career seemingly pre-ordained by his name, Jaswon is a young alto saxophonist of rare thoughtfulness and poise…makes all the right choices about when to turn up the heat and when to stay cool.” Jazzwise Joshua is currently looking forward to releasing his octet’s debut album on Ubuntu Music, their upcoming 2020 winter tour of Germany and spring 2021 tour of the UK. from https://joshuajaswon.com