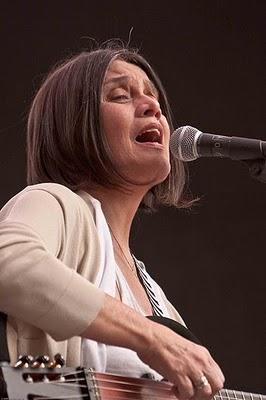 Joyce Silveira Moreno is also known as Joyce, a Brazilian singer/songwriter and an accomplished guitarist/arranger. She was born 31 January 1948 in Rio de Janeiro. Joyce Moreno was her full name as of 2009 and will continue to use it for future releases. Joyce was first recorded in the late 60’s. She has since recorded more than 20 solo albums and appeared on numerous records with artists like Toninho Horta and Vinicius De Moraes. Joao Donato has been a frequent collaborator in recent years. Joyce’s work is often compared to the American jazz fusion scene during the boom years. Her brother played the guitar and she listened to Ella Fitzgerald, Miles Davis, and Billie Holiday to get her started in music. Joyce was a popular hostess and became enthralled in the music scene after receiving a lot of encouragement from her parents. Joyce prefers to refer to her music as “MCB”, (Creative Music of Brazil), instead of MPB. She is the host and creator of “Cantos do Rio”, a music-infused TV program. Fotografei Voce na Minha Rolleyflex is her memoir. She discusses her experiences with bossa Nova and MPB, giving a fascinating portrait about fellow musicians like Joao Gilberto. She was a Vol. 1 from the soundtrack to the anime Wolf’s Rain. Joyce is married Tutty Moreno (drummer in her band). Two of her daughters, Ana Martins and Clara Moreno, are singers. Madlib collaborated with her to produce a version “Generation Match: Banana” for the Red Hot Organization’s latest charitable album, “Red Hot Rio 2”. This album is a sequel to 1996’s “Red Hot Rio.” The proceeds from sales will go to help raise awareness and funds to fight AIDS/HIV, and other related health issues. from http://en.wikipedia.org