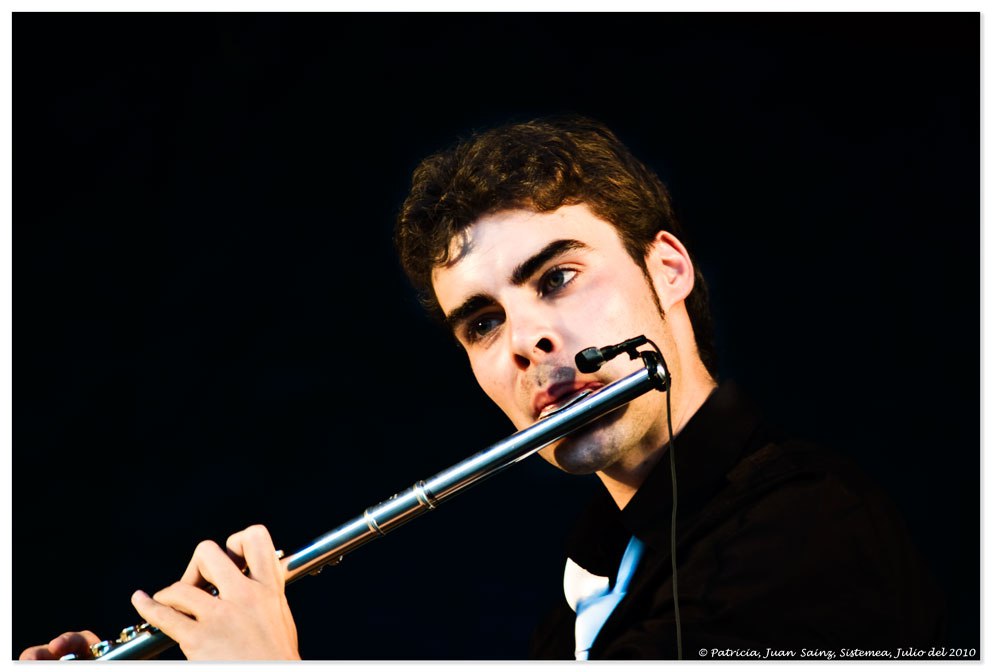 He was born in Santander and began playing the transverse flute at Santander Jesus de Monasterio when he was 10. He studied flute with Jaime Salas, and composition with Emilio Otero. He focuses on jazz and contemporary music during his final years at the conservatory. A few months later, he moved to Barcelona for a Jazz and Modern Music degree at the Escola Superior De Musica de Catalunya. He received his higher education at the Kask-Koninklijk Conservatorium in Ghent (Belgium), where he studied with such teachers as Bart Defoort and Eladio Reinon. He also received masterclasses and classes from musicians like Terrell Stafford, Benny Green (David Liebman), Pat Metheny, Jaime Martin, and others. He has worked with many musicians, including folk and contemporary music as well as jazz. Iva Bittova, Terry Day and Baldo Martinez are just a few of the many collaborators. He has performed solo with the JOAC symphonic orchestra and shared the stage with such bands as The Chieftains and Alan Stivel. He has also been a studio musician for a variety of heterogeneous bands. He is currently involved in several personal projects, including the Juan Saiz Quartet quartet, Pindio and his flute-only project. http://juansaiz.com