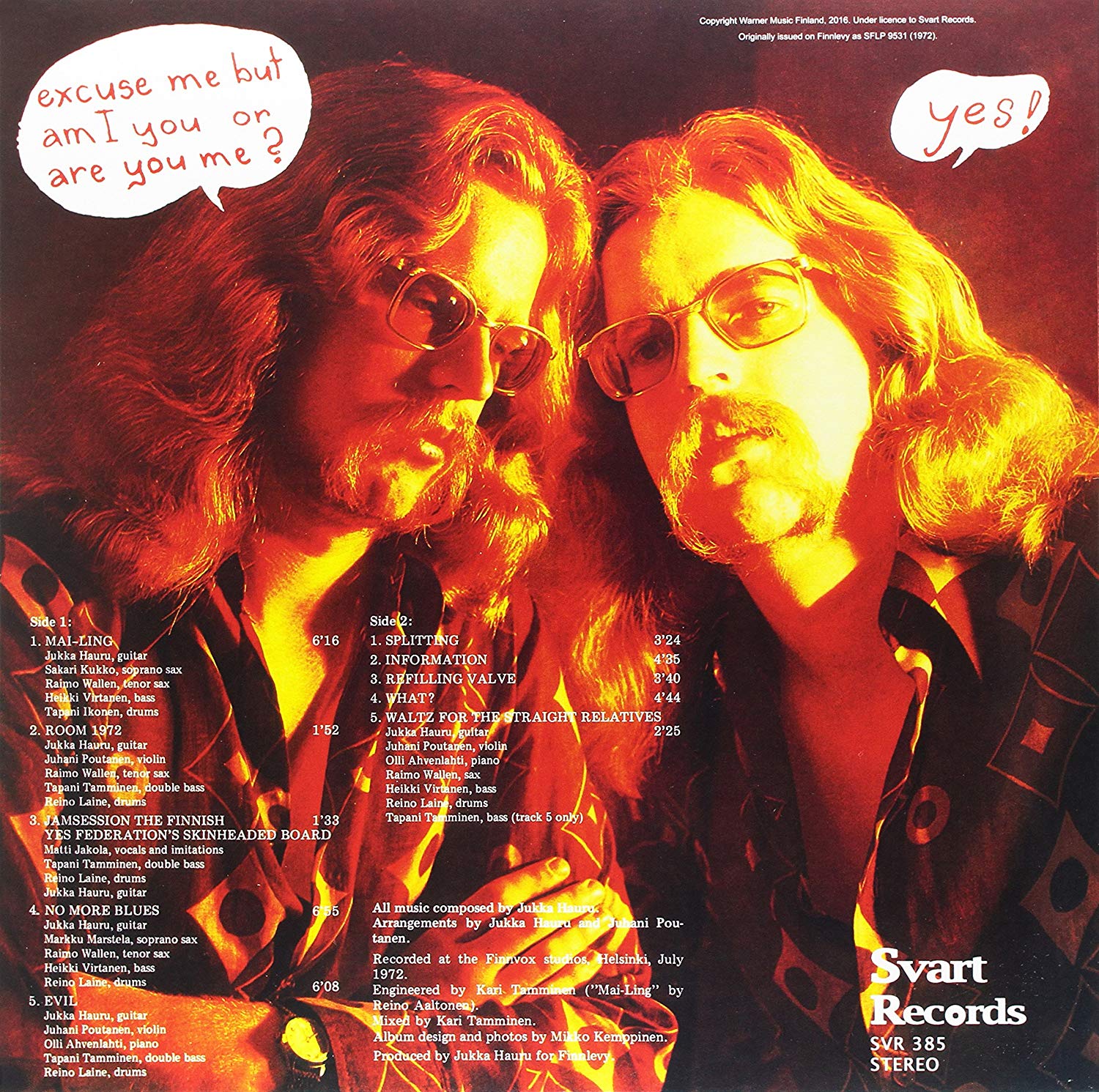 Jukka Hauru, a Finnish 70s rock artist, is often forgotten. He was long lost in the waves that swept through the 1970s, where Wigwam and Piirpauke albums get the most attention. Love records, Finland’s stalwart label, even released one of Hauru’s albums. We need to correct the record. Information was Hauru’s first album. It was his crowning moment. It’s a paradise for guitar fans, a psychedelic album that mixes jazzy elements with a lot of Hendrix-inspired soloing. Hauru is like Jukka Tolonen’s long-lost brother in guitar playing. Hauru’s riffing drums and bass are a great accompaniment to the songs. He wails like a madman as he pushes them to new heights, pushing them from short to very long. The album has a lot of humor, almost as if Hauru doesn’t take himself seriously. You’ll find titles such as “Jam Session The Finnish Yes Federation Skinheaded Board” or “Waltz for the Straight Relatives”, which are heavily reminiscent to Flying Teapot’s Gong-period Gong. Information isn’t all about the trio jams. There are many. Sometimes strings are added and sometimes sax leads are used to break up the monotony of a bass, guitar and drums sound. These are interesting moments that contribute to the dynamic flow of this release, such the piano piece on the side 2. Hauru’s unique way of combining complex ensemble sections with free-form, rocking jams is a great way to give the entire release a varied flow. Hauru’s guitar performance (along with the more common violin and sax solos) is what matters most. He was a phenomenal player and could riff at lightning speed, no matter what his backups might throw at him. This album is for anyone who loves good playing. The riffing style of the early Mahavishnu was never so intense in energy. Episode was an entirely different beast. Hauru wiped away any traces of the Hendrix-inspired psychedelic nature on the first album. He did what many artists in the early 70s did: he mastered his sound to a unit in which complex unison lines can be practiced until sterility and virtuosity become prominent. Hauru, who was a Information employee, brought his ability to balance aggressive and more subtle pieces. However, the focus now is on jazz and fusion, at the expense of the wild, free-spirited pieces that made his debut so enjoyable. The playing isn’t bad, it’s just that it’s more mature. However, the lack of raw power and restraint in the performance reduces the distinction. Information was a psych-rock band that was close to fusion, while Episode is a newer fusion. Although there are plenty of solo moments with guitar and sax, the overall atmosphere seems more subdued. This album has a smaller song list, which I think would have impressed me more. It’s hard to imagine this album as anything other than “yet another Fusion album”, especially after such a great debut. Hauru was undoubtedly busy with other projects, but he didn’t release any solo albums after these two. Information is highly recommended, and fusion fans should check out Episode. Hauru was a truly remarkable guitarist from Europe. from http://gnosis2000.net