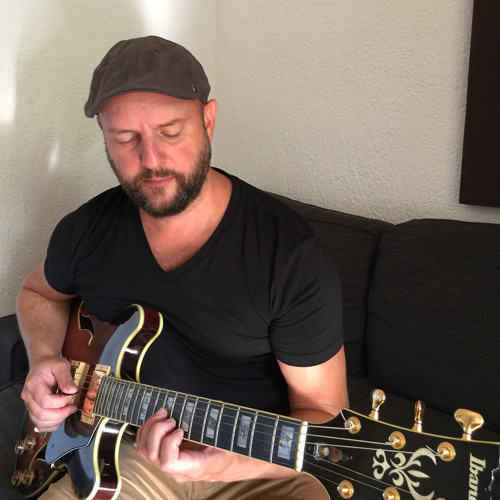 Jules Hay is a British jazz fusion guitarist. He has been involved in many successful music projects over the past 25 years. Recently, he has been working on an exciting project with Brazilian musicians. This collaboration was fueled by his love for Brazilian music and offers an opportunity to combine his jazz fusion playing and infectious Brazilian rythms. Jules began playing guitar when he was 12 years old in Kent, UK. He was initially inspired by blues and rock music. Although he took a few private lessons, Jules learned the basics of guitar largely himself. He gravitated to heavy metal and rock, and toured with and recorded with many metal bands from the mid-nineties until 2000. Between 2000 and 2005, he was part of the Electronica band d’booga. They recorded albums and EPs, and toured and played festivals all over the world. He enrolled at the LCCM college in London in 2015 to learn more about jazz improvisation, music theory, and composition. Jules graduated in 2018 and has been playing jazz gigs, performing sessions for Jay Scott, the Find, as well as living and writing music in South America. He loves Brazilian music and travel and he enjoys working with old friends. This led him to record “From London To Little London”, a collection of 10 Brazilian Jazz Fusion tracks in Londrina (Brazil). From www.juleshay.com