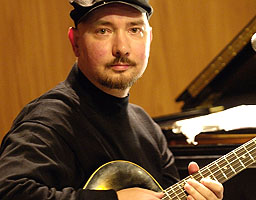 Julian Fauth, a pianist and singer, is an infusion of gospel and jazz. He also writes original songs and reinterprets old material. Julian, who was just 14 years old, was mentored by Mel Brown, the Mississippi blues legend. His influence was profound. He has played regularly in Toronto, Canada and has toured throughout the USA, Western Europe and Russia. Julian has recorded many CD’s with Electro-Fi Records. His first CD, Songs of Vice and Sorrow, was nominated. His second CD, Ramblin’ Son, won the JUNO award for Blues Album of Year. His third album was nominated by the CBC as Best Blues Album 2012. He has also won one Maple Blues Award, and been nominated to many other MBA’s. Julian has performed with many great musicians and has opened for John Mayall, Johnny Winter and John Hammond. from http://julianfauth.com