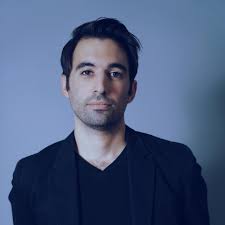 Julian Shore, a pianist, is well-known for his “deep maturity” as a musician and bandleader (DownBeat). He has also been described as “a pianist/composer who, beyond the obvious elegance and beauty of his playing and has a clear understanding of the larger artistic picture” (Peter Hum and Ottowa Citizen). JazzTimes has called him a “leader of the young jazz piano scene.” He is a versatile sideman and experienced bandleader. Shore, who hails from Narragansett in Rhode Island, grew up hearing his father play Bach on the piano at his house and would sing along with his dad as a child. As a teenager, he started piano lessons from an early age and began studying with Hal Crook. Shore received a full scholarship to Berklee College of Music shortly afterward. He performed at the Panama Jazz Festival while studying under Danilo Perez. After graduating, he moved to New York and began his performing career with Gretchen Parlato, an internationally acclaimed singer. They toured the US and abroad together, including at the Stockholm Jazz Festival. He has been a top-rated pianist in New York since then, performing as both a leader and sideman at iconic venues such as Carnegie Hall, Jazz at Lincoln Center and the Blue Note. He has been privileged to record, perform and tour with many musicians, including Theo Bleckmann (Gretchen Parlato), Chico Pinheiro(Don Braden), Sara Gazarek), Chris Speed, Ferenc Hekselman. Gilad Hekselman. Dayna Stephens. Noah Preminger. Ben Monder. John Hollenbeck. Petros Klampanis. Shore is still active as an educator in many settings. Shore was an artist consultant for Herbie Hancock’s Master Class on masterclass.com. He also transcribing and notating hundreds upon pages of Herbie’s piano performance for that course. He has taught piano at the New School University as well as jazz education programs such as the Litchfield Jazz Camp, Samba Meets Jazz, masterclasses and lectures all over the world. His latest album, “Which Way Now”, was released in 2016. It features Gilad Hexelman, Dayna Stevens, Aidan Carroll and Colin Stranahan, as well as a host of other guests and configurations. His debut album “Filaments”, featuring Kurt Rosenwinkel and Noah Preminger, Tommy Crane and Phil Donkin, was released to critical acclaim on 2012, according to www.julianshore.com