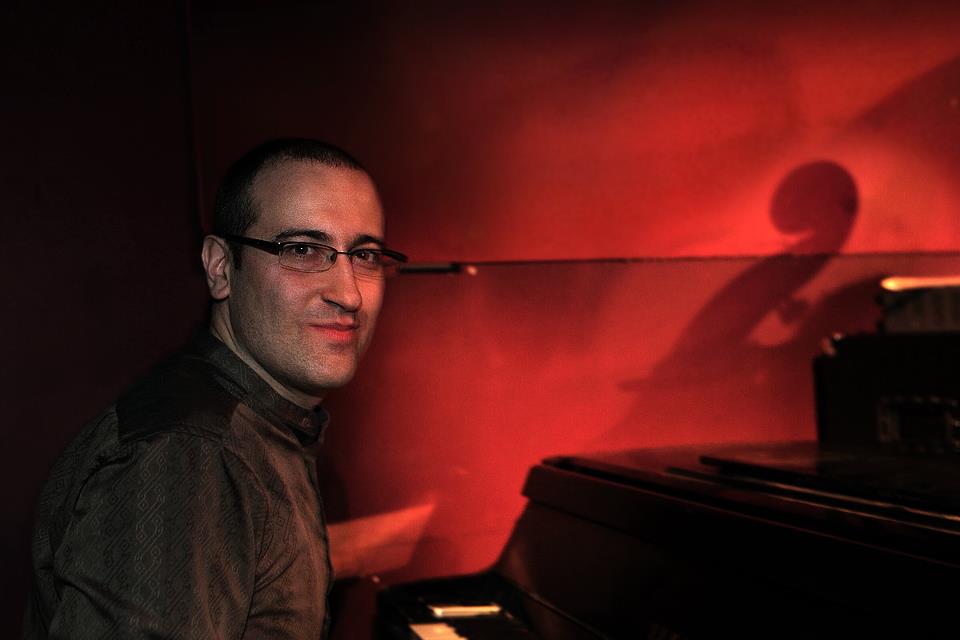 Jurek Jagoda (Jerzy G. Jagoda) was born in Gdańsk, Poland. Designer / architect and musician. Author of space arrangements / visual projects and music. As the musician begun his adventure at age 6. He is a graduate of Grażyna’s Bacewicz Music School in Gdańsk in piano class. The rest it is his passion. From the secondary school his broad interests connected with architecture and scenography drive him to other path of formal education. He takes lessons in painting under the eye of Prof. Czeslaw Tumielewicz, lecturer of Academy of Fine Arts in Gdańsk and drawing in Stanislaw Sikorski Atelieur. The music accompanies him in private life. During secondary school, higher studies and the more late career he works independently on the musical technique and writes own compositions. He is also author of music for lyrics.While working at the National Opera he begins preparations to make the first jazz project and is looking for Musicians. At the end of 2007 he meets Paweł Gębicki (percussionist of the National Opera) and Marek Ałaszewski Junior (designer and bass player) and proposes them to set up a musical trio – Jurek Jagoda Trio. In 2010 the band debuted onto the music scene with the first album “Songs Without Words”. The project features 12 compelling songs composed by Jagoda and as title of the album suggests this music is constructed around tunes. The album gets optimistic reviews (polish music magazines, internet blogs, radio stations) and was noticed by the world renowned jazz critic Stuart Nicholson in the ranking “Albums Of The Year 2010″ of the British jazz magazine Jazzwise. Song „If only I could tell you” from this album was also included in the compilation „For Jazz Audio Fans Only vol. 4″ by Japanese music journalist Yasukuni Terashima. A few months after the premiere Jagoda continues work with the band and composes music for the next album. The project is called “Liberated” and the premiere in record stores took place on 29 October 2011. Album consist of 8 compositions and is some kind of continuation of the previous project. During stay in Dubai in the late evenings he composes music for the next solo album called “Gift”. The project is based on a piano concert with some orchestrations and film oriented mood. from http://jurekjagoda.com