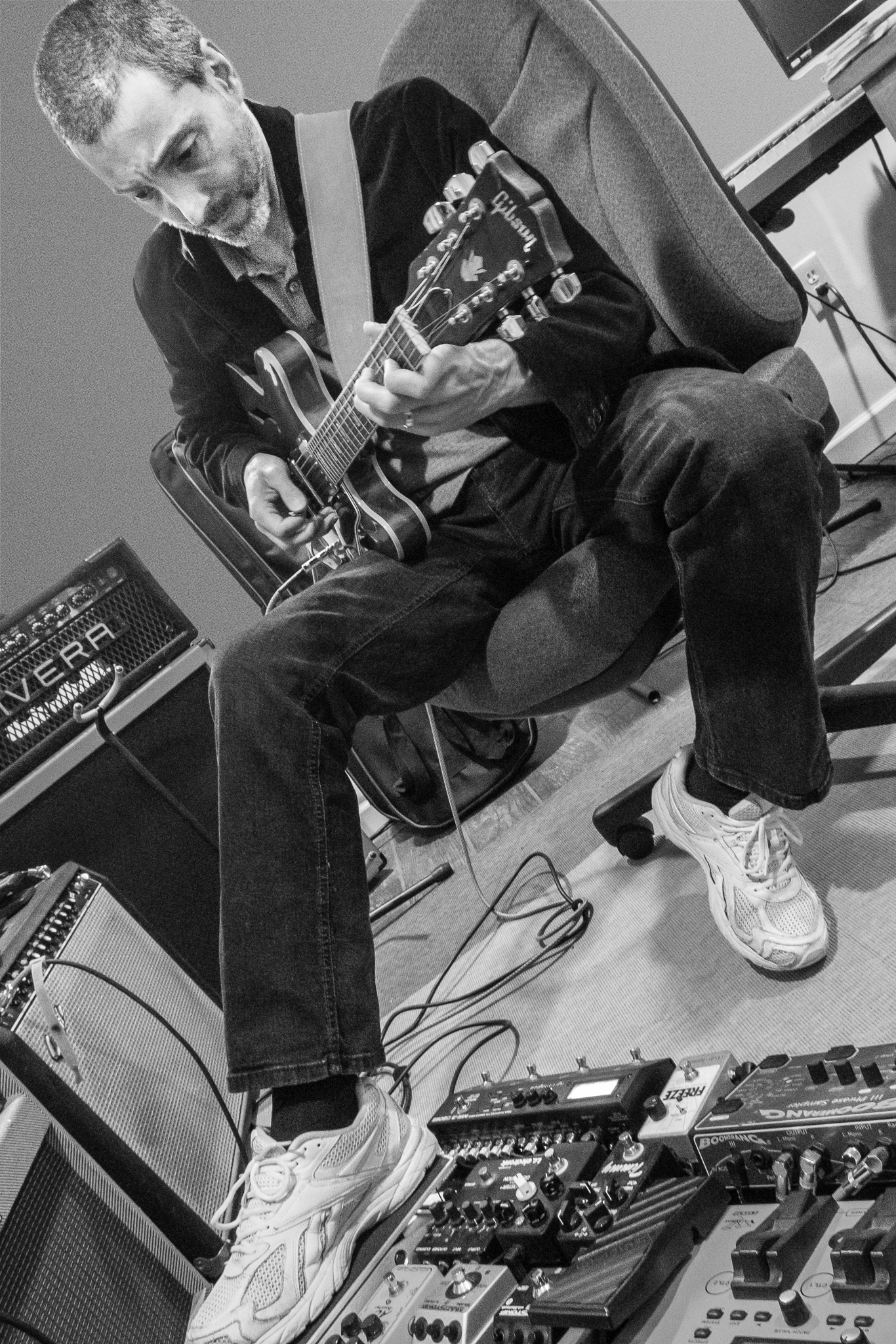 Justin Morell is a guitarist and composer. He received his BA at UCLA and an MA from California State University East Bay. His Ph.D. came from the University of Oregon, where he studied with David Crumb and Robert Kyr. Although his primary interests lie in composition and jazz performance, Morell is also an experienced guitarist. Justin is from a musical family. His father John, a jazz guitarist, has worked with many notable artists, including Miles Davis and Shelly Manne. Justin grew up in Los Angeles, where he began his career as a professional musician. He was a freelance guitarist and worked on many jazz projects. Justin moved to Oakland in 2001 to continue his music composition and performance. He performed in jazz venues, composed new works, was a member of pit orchestras and studied composition under Frank LaRocca. Later, he moved to Oregon and Portland, OR where he worked as a freelance guitarist, composer, teacher, and musician. Justin is an Assistant Professor of Music at Lebanon Valley College, Pennsylvania. He teaches composition and theory. Justin’s latest recording will be available on ArtistShare in December 2018. It features Adam Rogers, guitarist, and the University of Miami Frost Concert Jazz Band (directed by John Daversa), performing Concerto for guitar and Jazz Orchestra. He released Subjects and Complements in 2013, a collection featuring new music for a ten-piece jazz band. This recording features world-renowned jazz and classical musicians Bob Sheppard and Matt Otto, Phil O’Connor and John Daversa. TriOrange features pianist Leonard Thompson and bassist Todd Sickafoose. Justin was able to travel to Denmark in 2005 where his piece “Jazz Ensemble” won third place at the Danish Radio Big Band International Thad Jones Competition. It was among the five finalists selected from more than 100 submissions and performed live in a broadcast from Copenhagen. Five new arrangements of Idit Shner’s original music were recently commissioned. A song cycle for baritone, string quartet, and large jazz ensemble was created for the Pacific Serenades concert series. New music for guitar, bass, and saxophone was also premiered at the North American Saxophone Association convention in Arizona. Justin’s works have been performed by Fireworks Ensemble, SO Percussion, SO Percussion, Onyx String Quartet, ECCE, Eugene Contemporary Chamber Orchestra, the University of Oregon Saxophone Quartet, as well as the Composers’, Inc., Oregon Composers Forum, Bargemusic in New York, and the Oregon Composers Forum. Justin is also a guitarist, drummer, recording engineer, producer, and can be heard on television, film, and CDs. He’s been involved in several projects, including Steven Spielberg’s Catch Me if you Can, Lifetime Original Movies and TV sitcom The Naked Truth. Justin has a variety of concert works, including a symphony and string quartet, a quartet of saxophones, a chamber orchestra, a percussion ensemble for two pianos and four drummers, as well as compositions for large-scale jazz ensembles, chamber music, and smaller works. Justin has a variety of guitars, including a Gibson ES335 as well as a Carruthers long neck custom guitar. He is also a fan of Rivera and Fender amps and D’Addario strings. from http://justinmorell.com