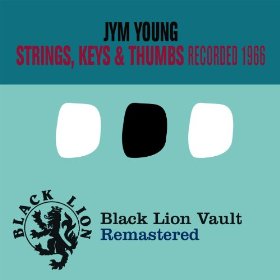 Jym Young is a bit of an unknown, making a brief appearance only on a few record dates before disappearing completely. He was the pianist for Dewey Redman’s Look For the Black Star and made several unissued recordings of his trio during that date. Puzzle Box was also issued in Germany. He likely lived and worked in San Francisco. His last record date was not too long ago. However, Young is not mentioned in jazz biographical websites and encyclopedias. Many experts who consulted did not have additional information. Is it possible that Young died soon after the release of these previously unissued recordings? Maybe the mystery will be solved. It seems that these four songs were all originals. The unidentified drummer and bassist playing with Young are either members of the Redman band with whom the pianist recorded, or his sidemen from Puzzle box (bassist Harley White, drummer Jim Messinger), who could have been locals who worked with him. Young’s post-bop style has a rough and tumbled quality. His sudden shifts of direction seem to temporarily throw his rhythm section off balance, but they quickly recover. Young’s “Strings and Keys” playful style is a delight.