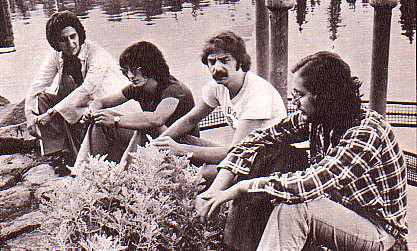 Kaleidon was an Italian band that emerged in the late 60s from the remains of Free Love. It was formed after the deaths of two members of the group in a car accident. Stefano Sabatini was one of the survivors and formed a new quartet. He dedicated the album 1973 to the memory of the former group. From discogs