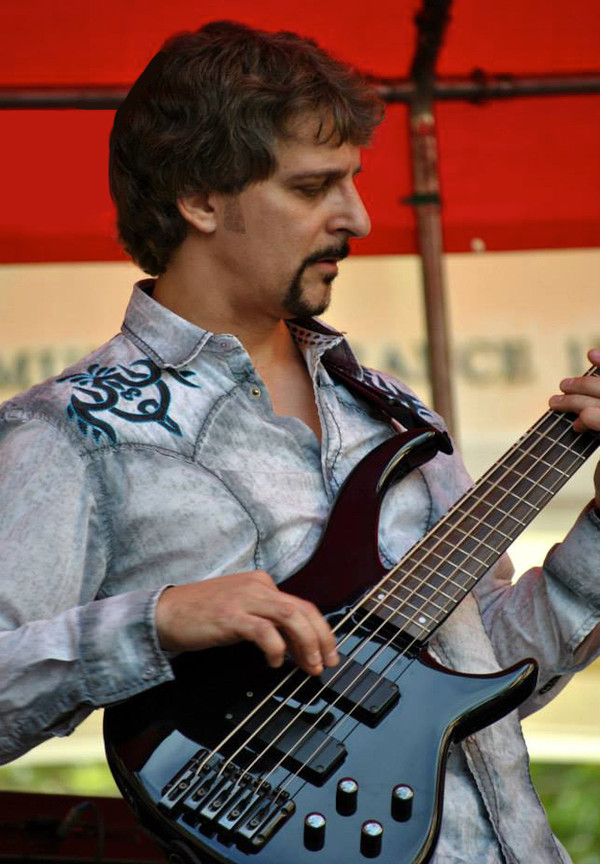 Kam Falk was born in Chicago Heights, Illinois on August 16, 1963. Falk was guided by Erna Salm (a virtuoso concert pianist), and spent his formative years studying classical and baroque music. He also studied the compositions of Bach and Beethoven as well as the works of Stravinsky and Copeland. At the age of nine, he began to study cello and was guided by Professor John Ehrlich from Drake University. He continued playing in chamber ensembles and symphony orchestras all through college. Kam started performing professionally at 17 years old as a bassist after three years of intense jazz study. He also earned a bachelor’s in theory/composition at the University of Florida. Kam was heavily influenced by Weather Report and the Mahavishnu Orchestra. He also listened to Miles Davis, Return to Forever and the YellowJackets. Kam started to compose and record his own music, and collaborated with many musicians over the years. Jaco Pastorius, Stanley Clarke and other artists were showing the world that bassists can play an integral part as composers and performers. Kam decided to follow their lead. Last.fm