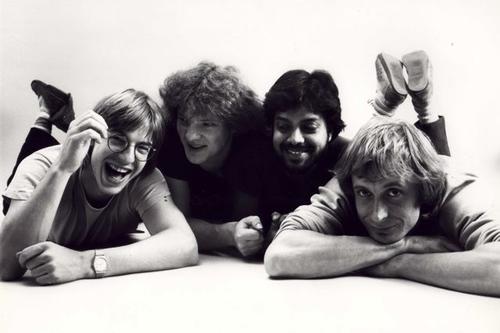 Out of the remnants of several late-1970’s/early-1980’s groups: Supersession, To Be, Messengers, and others, Kanguru could be classed as a supergroup of sorts, and thus they attempted to blend all their influences into a modern rock fusion, “Deutsch Rock ohne text” to quote some of the cover notes. Their debut was their best album, which featured a lot more guitar-fronted funky rock with a touch angst, and many surprises. TIERISCH’s sound was more jazz-rock-based and smoother than that of 1980’s fusion band. from http://errny-progrockplazerna.blogspot.com