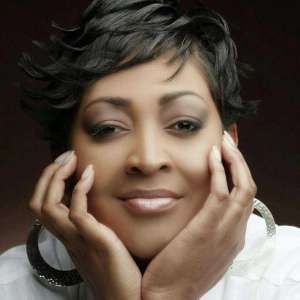 Keeshea Pratt, who has been singing since she was six years old, has performed on stage alongside many notable national performers, including Bobby Rush, Eddie Cotton and Grace Bumbry. She also sang with Musiq Soulchild, Bobby Rush, and Reverend James Moore. Pratt has done something that few Mississippi-based singers have ever managed: She has the ability to attract people from all walks of the life, without ever leaving the roots that gave her her winning voice. Pratt’s musical talent and unmatched charisma have changed the face of local entertainment. She has the ability to sing with an immediacy and vulnerability that few singers possess and leaves you wanting more. Pratt is a master of style, class and sophistication. He will take you on a musical journey through all music genres. Pratt says, “I get asked the same thing,” “What kind of music do I sing?” Pratt has grown to be a captivating and lively performer because of her diverse influences that have influenced her voice. Pratt is an artist who appreciates all genres. She refuses to be placed in a box. Her connection to her audience allows her tap into their emotions and offer a wonderful vocal experience. Pratt has been named “The Jackson Free Press Artist Of The Week 2011,” “The 2012 Female Artists of the Year in Jackson Music Awards”, as well as a featured artist at the Chicago Blues Festival 2010. Her passion for music has fueled her desire to share her talent with her fans. Pratt led her band to victory in the 2018 International Blues Challenge in Memphis, where they won by a wide margin and “took blues music by storm”. Pratt’s victory was historic for Houston, earning her the honor of being crowned the “queen of the blues!” Believe By The Keeshea Pratt band Album Cover Art. Pratt is unique and her style is her own. She has been “influenced” by greats but this grit, determination, and energy cannot be copied. Pratt will keep striving higher and working harder to preserve the purity of her craft. It is the best gift you can give yourself and your followers. Pratt’s journey to the top of her music career was filled with conviction, which now makes her a role model for younger generations. Pratt has performed, sang, studied her craft and succeeded and failed. Now she is sharing her story with the world. She wants to be the person that her fans long for: living in their radios! Pratt is aiming to be a highly sought-after recording artist and taking her music career to a new level. In May 2018, she and her band released “Believe”, their debut album. Pratt presently resides in Houston, Texas with her family. from http://keesheapratt.com