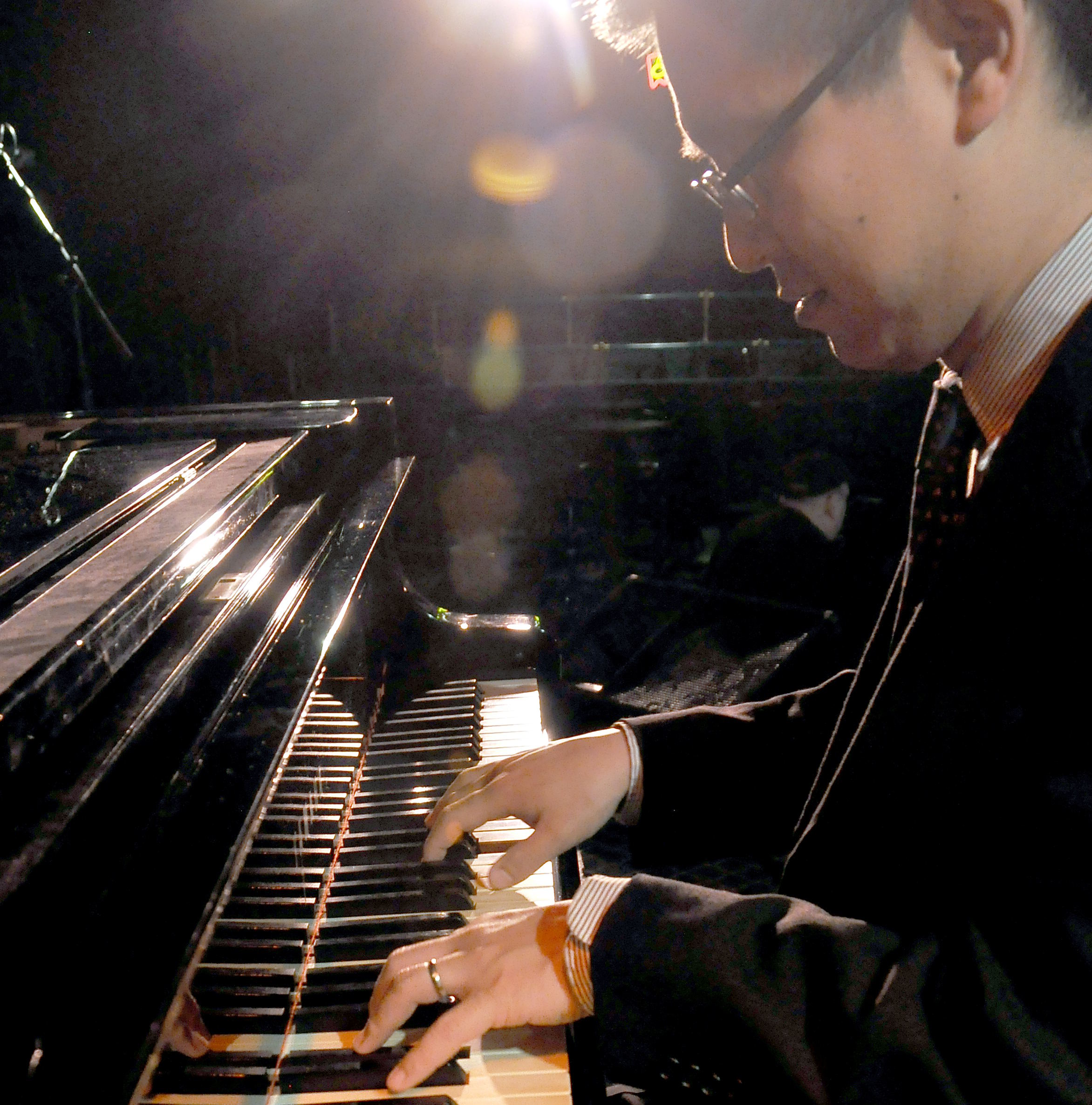 Keigo Hirakawa is a jazz pianist with a unique sense of expressiveness and rhythm section interaction. Sought after for his willingness to be musically spontaneous on stage, he brings highly personal and energetic style of improvisation to ensembles. He distinguishes himself with his articulate use of harmonic and rhythmic vocabulary and his leadership style on the bandstand. 2010 marked the released of “Hessler-Cabrillo Run Down,” Hirakawa’s first album recorded as a co-leader with saxophonist Joshua Smith. Dedicated to the late comic writer and jazz critic Harvey Pekar, the album celebrates the Avant Garde jazz with every track improvised without precomposed music. Hirakawa released a critically acclaimed trio album “And Then There Were Three” in 2015. Based in Midwest, Hirakawa can be heard throughout the US and internationally. He has appeared on stage alongside Donald Byrd, JD Allen, Bob Moses, Allen Vizzutti, Eddie Bayard, and Richie Barshay. Trained in New York City and at New England Conservatory of Music in Boston, he was a student of many world renowned jazz artists, including Danilo Perez, Stephen Scott, Harold Danko, Alan Pasqua, Ran Blake, Cecil McBee, Ralph Peterson, Jerry Bergonzi, Donald Byrd, John McNeil, George Garzone, Bob Moses, Walt Weiskopf, Oscar Stagnaro, Michael Cochrane, and Gary Dial. He was the acting director of the Cornell University Jazz Ensembles in 2000-2001, during which time he welcomed Donald Byrd, Jimmy Heath, Wycliffe Gordon, Terell Stafford, Vincent Herring, and Joe Chambers onto the stage as guest soloists. He leads his own piano trio, and is a member of Eddie Brookshire Quintet and Brandon Coleman Quartet. He is a passionate clinician and educator, on faculty at the University of Dayton. from www.keigohirakawa.com