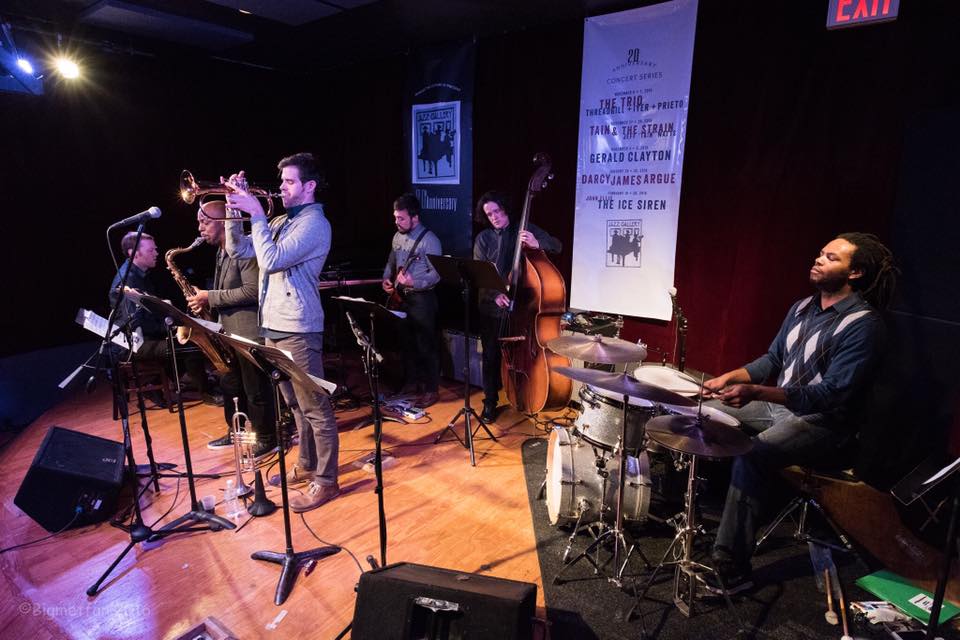 Kenneth Salters, a native of South Carolina was born in 2006. He moved to New York City after completing his undergraduate degree in orchestral drumming at the University of South Carolina in 2006. He was soon performing and recording with jazz greats such as Myron Walden, and lending his smooth and powerful drumming to indie and rock bands like The Bloodsugars and Elysian Fields. Salters’ debut album, Enter To Exit was released by Destiny Records in September. The album features a core group of musicians that was formed in 2008. They are represented by Tivon Pennicott, Matt Holman, Aki Ishiguro, Brad Whiteley, Spencer Murphy, and Salters. The album features Myron Walden, on alto saxophone, bass clarinet, and pianist Shai Maestro, as well as Bridget Kibbey, harpist, on several tracks. This allows for greater compositional possibilities. It also showcases Salters’s wide sonic palette, which he cultivated from his classical composition background and an open ear to all music genres. From www.jazzspeaks.org