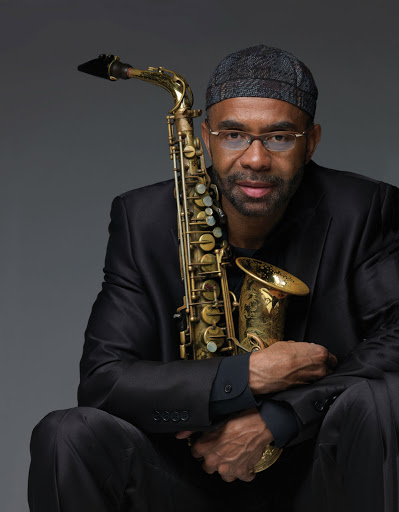 Kenny Garrett, a jazz saxophonist. He was born in Detroit in 1960. His father was a tenor-saxophonist. His career began when he joined 1978’s Duke Ellington Orchestra, which was led by Duke’s youngest son, Mercer Ellington. He joined the Mel Lewis Orchestra, playing the music of Thad and the Dannie Richmond Quartet, focusing on Charles Mingus. He was given the opportunity to record his first album as a leader of a band, “Introducing Kenny Garrett” in 1984. His career has grown to include 11 albums as a leader and many grammy nominations. Kenny has been a part of many jazz greats, including Miles Davis and Freddie Hubbard. His playing style can best be described as strong and melodic. Garrett’s music often draws inspiration from Asia. This is evident in his 2006 album, “Beyond the Wall”. Kenny Garrett is considered one of the most important jazz saxophonists in the modern era. Text contributed by users is available under Creative Commons By–SA License. It may also be available under GNU FDL.