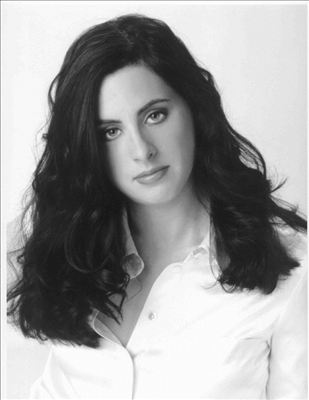 Kerry Politzer began picking out melody on a toy piano when she was three years old. She began playing the real thing in the following year. After fourteen years of classical piano studies at the North Carolina School of the Arts and a subsequent year of study at the New England Conservatory of Music, she set her sights on becoming a classical pianist. After attending a jazz recital at the school, she fell for jazz. After being placed on the jazz guru Charlie Banacos’ waiting list, she studied composition and performance with him for four year and received a degree in jazz piano playing. Kerry was among six finalists at the American Pianists Association 3rd Biennial Jazz Piano Competition in 1996. Half the contestants came from New York City so Kerry decided to go there. Soon, she discovered a new love: Brazilian music. This influenced her jazz compositions. In 2005, her composition Rhodes Rage was awarded Third Prize in the Jazz Category of the International Songwriting Competition. Begin The Baiao was awarded the Third Prize in Jazz Category at the 2000 Mid-Atlantic Song Competition. She also received Honorable Mention in 2000 John Lennon Songwriting Competition. CAP Records released Kerry’s debut album, Yearning in 2001. It received four stars from All Music Guide. The title track is featured on Sax And The City, Musical Contributions from New York’s Best Women Jazz Instrumentalists (Apria Records 2004). Kerry also released Watercolor (2002), and Labyrinth (2006) on her Polisonic label. This CD was nominated for the Independent Music Awards 2007 Best Jazz Album. Kerry participated in Songwriters Hall of Fame workshops after releasing these albums. You Took Me In is her fourth album. It features lyrics and a full band that includes Lonnie Plaxico (Cassandra Wilson and Nellie McKay), and George Colligan (better known as a pianist) on trumpet, drums and synthesizer. Love is in the Atmosphere won first place in the August 2008 Ourstage Jazz Competition. Kerry performed with her group at Cornelia Street Cafe and Wave Hill, Smalls as well as Rockwood Music Hall and the Kitano. SESAC is her association. Kerry’s songs were featured on History Channel and Food Network. Kerry is currently learning how to play guitar, navigating Portland, Oregon, writing for an ensemble, and caring for her three-year old son, Liam. from http://www.kerrypolitzer.com