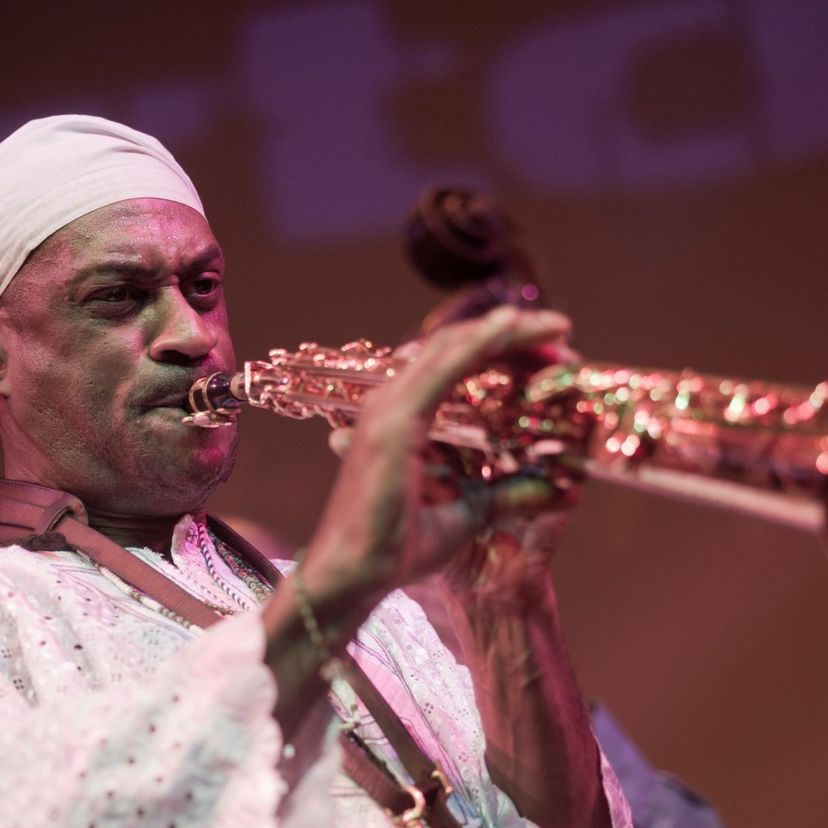 Haynes was born in London and began his musical career as a percussionist in the 80’s with jazz legends like Courtney Pine, Steve Williamson, Jazz Warriors Big Band, Jazz Warriors Big Band, and Clifford Jarvis’ Prophets of Jazz. Haynes was influenced by the music of such great musicians and his ideas. He now writes in his own style and plays alto-saxophone. To enhance his knowledge of Yoruban religion, he made trips to Cuba, New York, and Africa. Kevin started out playing with a standard jazz quartet. However, his sound changed and he wanted to add more precision and vocal harmony to his music. He carefully selected musicians from the UK who he felt could help him realize his vision. Kevin, his new band Grupo Elgua, was seen by Native Music in Paris, after he had returned from his international travels. They were then signed by Native Music for their first album, Tomorrow’s Path, which was released in 1997. Clifford Jarvis was a guest artist, as was a young Robert Mitchell who played piano. Larry Bartley and Alex Wilson were guest musicians on double bass and piano respectively. Nico Gomez played bass, while Trevor Kentish and Lenny Lawrence were the percussionists. Ori Ire recorded his next album in 2002 on Egbe Oduniyi Productions. Benet McLean, Neville Malcolm, and Kevin on saxophone, are some of the notable musicians featured on this recording. Kevin Haynes Grupo Elgua would tour the UK, performing at the Jazz Cafe and 606 Club, Rich Mix music events, and the Portobello Jazz Festival. The great Cuban jazz pianist ChuchoValdes invited Haynes to perform at the Havana Jazz Festival in 2011. With a group of young Cuban jazz musicians, Haynes performed the music of Grupo Elgua. The Cuban audience and jazz community were astonished by his performance. He was referred to as Kevin the African Charlie Parker because of his ability to achieve that retro sound. Between 2014 and 18, Kevin Haynes Grupo Elegua performed at the London Jazz Festival, Salamanca Jazz Festival, Portobello Jazz Festival, Jazz re:freshed Live residency, and Ronnie Scotts. Kevin recently performed with the Moses Boyd Band to promote Boyd’s Displaced Diasprora album. The original album, Ajo Se Po, was released by Kevin Haynes Grupo Elgua in 2008. Jazz re:freshed will reissue it on June 5, 2020. Diabel Cissokho, a kora player, is also included. from https://alt-africa.com