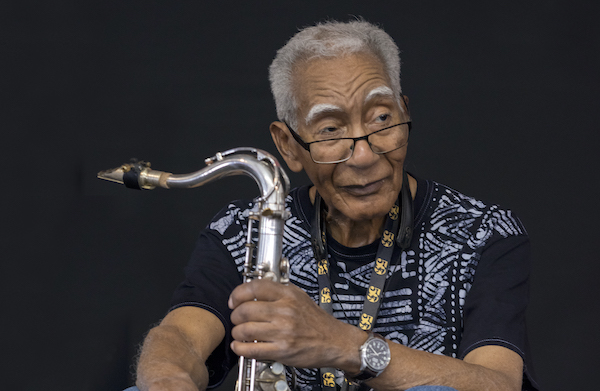 Edward “Kidd” Jordan, a saxophonist, was born in Crowley, Louisiana, May 5, 1935. He received a music degree from Southern University in Baton Rouge. In 1974, he moved to New Orleans and began teaching at Southern University. Jordan earned a master’s degree at Millikin University in Decatur (Illinois), and then continued his studies at Northwestern University with Fred Hemke. Jordan has recorded and performed with legends such as Ornette Coleman and Fred Anderson, Ray Charles and Cecil Taylor, Stevie Wonder and Stevie Wonder. He was the founder of the 1976 World Saxophone Quartet, which included Julius Hemphill and David Murray, Harniet Blueiett, Oliver Lake, and others. With Alvin Fielder, Clyde Kerr, Jr., London Branch, and later the Improvisational Arts Quintet, he also founded the Improvisational Arts ensemble. His discography includes over 30 recordings. He has also performed at jazz and music festivals all around the globe, including France, Finland, France and Africa. Later, he transformed into the Improvisational Arts Quintet. Jordan was a frequent performer at Visions Festival in New York and was awarded their 2008 Lifetime Achievement Award. CBS News 60 Minutes documented Jordan’s work and Offbeat magazine awarded him the first Lifetime Achievement Award in Music Education. The French Ministry of Culture awarded Jordan knighthood in 1985 as a Chevalier of Ordre des Arts et des Lettres. This is the highest artistic award given by the French government for his performance and teaching. Jordan was also a highly influential educator. He taught hundreds of students at Southern University over his 36-year tenure, including Wynton Marsalis and Branford Marsalis. The Southern University at New Orleans Foundation recently honored Jordan’s dedication with a recognition. from http://otherminds.org