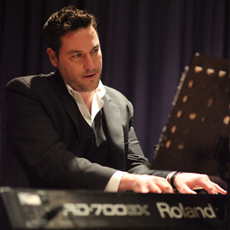 Kieron graduated in 2001 with a music degree. He was also awarded a commendation for performance. Since then, he has been developing his compositional and instrumental skills. He has been focusing his efforts on the Kieron Garrett Quartet which resulted in the release of “It’s Time”, his debut album of original material. Kieron has a lot of studio recording and live gigging experience. He played at many of London’s most prestigious jazz clubs, including Bull’s Head and Jazz Cafe Posk. He also shared the stage with Jay Phelps and Arun Ghosh. Kieron and Mike are currently working on material for the second album. It is due for release in 2013. from www.kierongarrett.co.uk