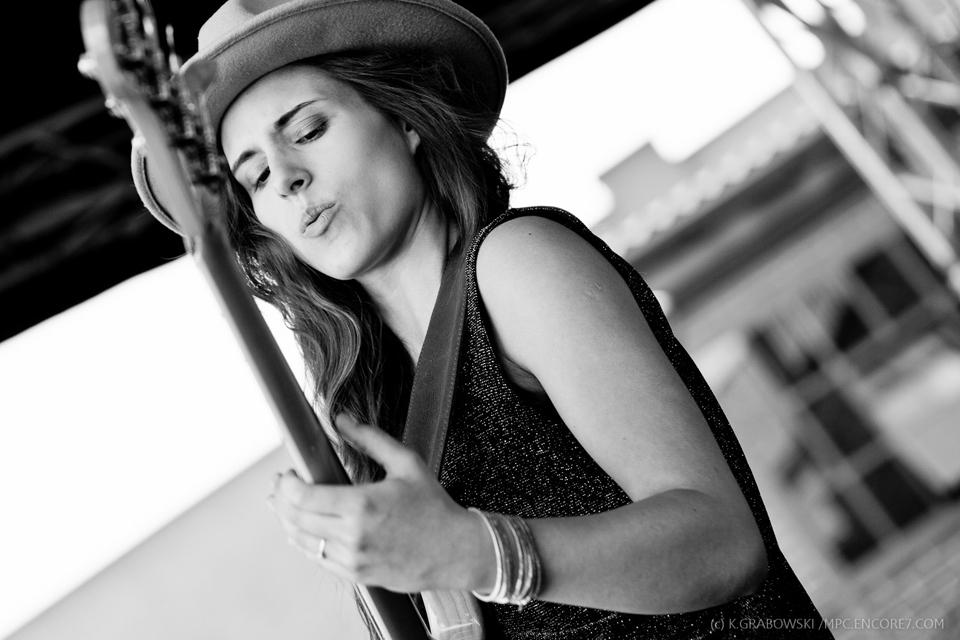 Kinga Glyk has just turned 20. She is the most prominent Jazz Blues musician in Poland and the best Polish bass player. At the age 12 she began her musical journey playing in a family band called Glyk P.I.K. TRIO. Despite being young, she has given many concerts in Poland and other countries, including the Czech Republic, Slovakia, Slovakia, Portugal, Slovakia, Indonesia, Germany, Switzerland, Italy and Portugal. Her debut album, “Rejestracja”, was released in March 2015. Trojka Polskie Radio, as well as magazines such as “Jazz Forum” or “Twoj Blues”, have given positive reviews to the CD. She was nominated for the NEW HOPE category, BASS GUITAR category and DISCOVERY of THE YEAR in an annual JAZZ TOP/BLUES TOP survey. Kinga recorded LIVE, her second authorial album, “Happy Birthday”, in February 2016. BASS PLAYER UNITED posted a June 2016 video of Kinga performing Eric Clapton’s “Tears in heaven”, which reached 20 million views. Kinga has previously performed with Tim Garland (Nitai Hershkovits), Greg Hutchinson and Jnr Robinson. The latest studio album, “Dream”, was released in October 2017. Recorded in the company and accompanied by some of the most well-known musicians, such as Greg Hutchinson (drums), Tim Garland(saxophone), Nitai Sheshkovits (“grand piano”), the CD was released. One of the most renowned music publishing houses in the world, WARNER MUSIC GROUP COMPANY, has launched the album. The album’s promotion will be promoted in many countries, including the USA, Canada and Norway. http://kingaglyk.pl