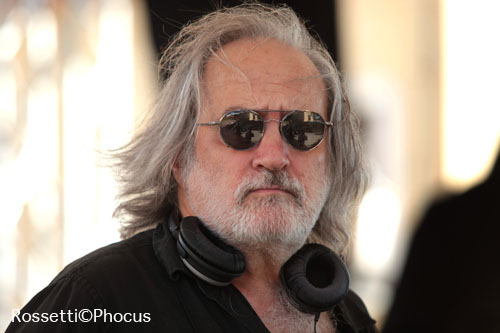 Kip Hanrahan, born December 9, 1954, is an American jazz music producer, impresario and percussionist. Born in New York to an Irish-Jewish couple. Hanrahan plays an unusual role on the albums he releases. He has compared it to being a director of films. He assembles players and materials, combining modern/avant-garde/free jazz figures like Don Pullen and Steve Swallow, Latin jazz players such as Milton Cardona and Horacio “El Negro” Hernandez, and occasionally rock singers like Sting and, most notably, Jack Bruce. Hanrahan was responsible for several important recordings of Astor Piazzolla, the Nuevo Tango master, in the last ten years of Piazzolla’s life. He also produced recordings by Latin music stars Jerry Gonzalez, Milton Cardona and others. http://en.wikipedia.org/wiki/Kip_Hanrahan yelloo’s journal | dramatizing latin jazz | 21 Jan 2008, 05:22 Kip Hanrahan is a man of talent and skill. His versatility allows him to use a variety of musical instruments and vocals, both spoken and sung. He also maintains a concrete stylistic integrity. The avant-garde approach adds a touch of mystery and drama to my music. He sees himself as a stage director. His albums are a play with no actors and no dialogue. His music transcends potential conflicts between meaning, instruments, and culture by invoking the imagination of listeners. http://www.last.fm/user/yelloo http://www.last.fm/user/yelloo/journal/2008/01/21/b7y5v_dramatizing_latin_jazz American Clave Biography of Kip Hanrahan: A producer, a composer, a percussionist and facilitator, Kip Hanrahan has an uncanny ability to assemble remarkable musicians and apply their talents in interesting ways. These results can often be magical. Kip Hanrahan began his career as a drummer, which is a strange occupation for an Irish-Jewish child. However, he grew up in the Bronx, New York, in a Puerto Rican neighbourhood. After receiving a fellowship at the Cooper Union Arts, New York, Kip started to collect many musical hats, including those of producer and director, writer/arranger, conductor, and arranger. His most appropriate role is that of facilitator. Kip is a great communicator and can connect musicians to his musical ideas. Kip draws on many influences and genres including jazz, blues, rock, funk and jazz, and the Latin sounds of his youth to create a unique blend of music. Kip has a passion for music and a uncontrollable verbal volubility that gives him an irresistible edge. http://www.americanclave.com/1-kip.html User-contributed text is available under the Creative Commons By-SA License and may also be available under the GNU FDL.