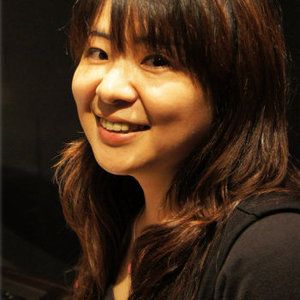 At age 6, Kiyomi started to play the organ. In her musical career, Kiyomi served as sideman to several musicians & singers. She did and has been doing such as writing book & article, arrangement, producing musical data, teaching at musical schools. As doing comprehensive musical activity, she’s trying to find her original organ sound. She breathes a new sound into the jazz-organ field. Not only her powerful playing, but also her composition approves her with a strong personality. So, from her second album, “Open transport” was used on the TV program “KIRARISUTO” as the theme song. 2001, she produced the album called “Out of Sight” with well-known drummer, Dave Weckl, and the bassist, Gary Willis. 2002, she also produced another very original album “Paragraph” 2004,”Frames”. In this album, she fixed totally new organ sound. She had gig and went on a tour with Allen Hinds(Guitar), Tomas Lang(Drummer) and more. She was an author for the Keyboard Magazine. She had the series of articles called “Kiyomi Otaka Organ -Do (Kiyomi style Organ way) ” in 2004-2008.