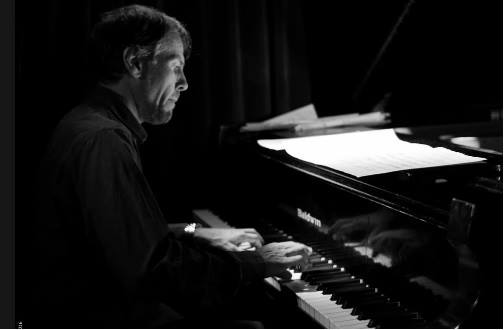 Klaus Mueller is a jazz pianist with many influences. He was born in Germany, but was raised in Japan and Chile. At six years old, he began piano lessons in Japan. He graduated from Stuttgart University of Music and Performing Arts, 1998. A scholarship was awarded by the German Academic Exchange Service for his continued studies at New School. He is an integral part the New Yorker Jazz scene and Brazilian music scene, having recorded and performed with such artists as Ron Carter, Portinho, Paquito, D’ Rivera and Steve LaSpina. He has been on tours and held workshops all over the United States, United Kingdom, Russia, Russia, and the Caribbean. Mueller is more than a keyboard player. He also has a reputation as an arranger. In 2003, Mueller and Robert Sadin created orchestral versions for Hancock’s “Gershwin’s World” album. He was also an arranger for the German classical label Deutsche Grammophon and served as musical director and accompanist to Paulo Szot, the Tony Award-winning opera singer. Mueller performed alongside Ron Carter, a jazz bassist, and Portinho, a Brazilian drummer, on Far-Faraway’s 2012 album. His 2016 album Village Samba features mostly original compositions that were interpreted by some of the best New York-based and Brazilian musicians. from http://klausmuellermusic.com