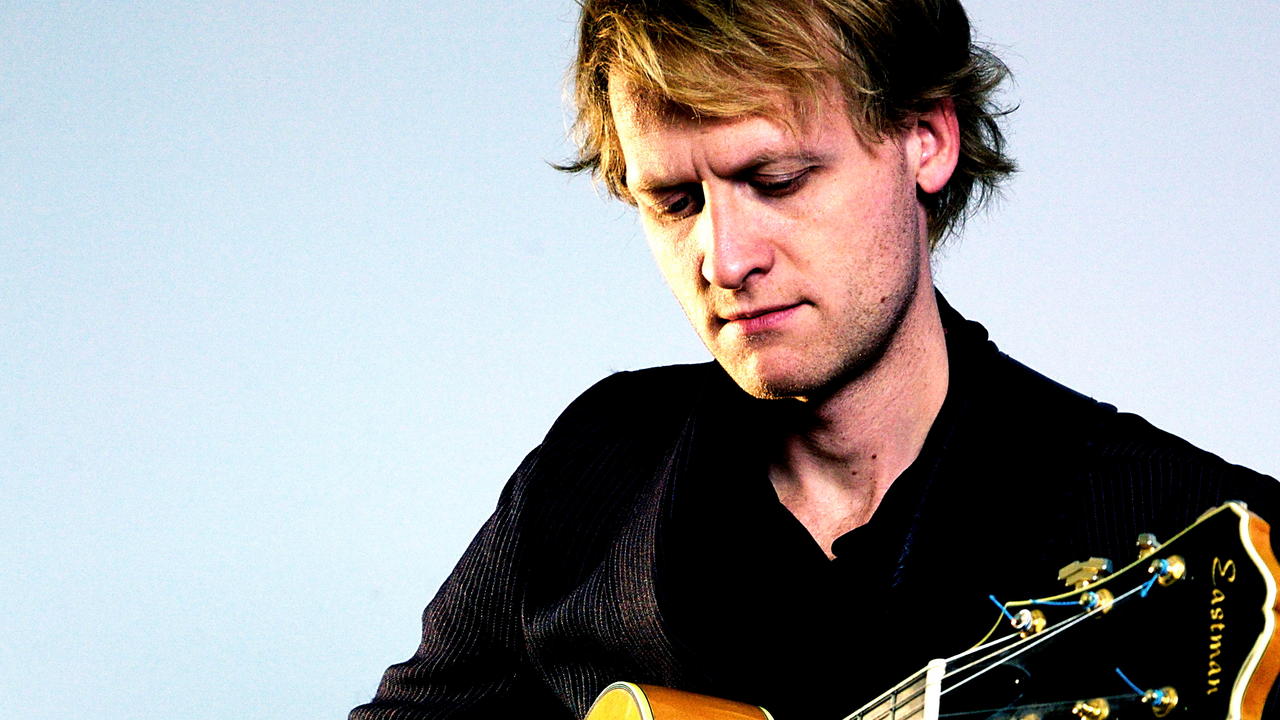 Kristian Borring is a Danish guitarist, composer, and bandleader. He has been described by many as a “guitarist with enormous technical ability who uses his considerable talents thoughtfully and tastefully. A highly accomplished guitarist and composer.” Kristian Borring’s second album, “Urban Novel”, was released June 2014. It is Kristian’s personal tribute to the life in a city. His working quartet, which was released on Jellymould jazz, includes Mick Coady (b), Jon Scott (d), and Arthur Lea (p). Jim Hart, a vibraphonist, was invited to contribute to the creation of a rich sound palette that includes guitar, piano, and vibes. The music for “Urban Novel”, with its strong senses of melody, was described as “clean, cool and precise” by The Scotsman. Selwyn Harris, a Jazzwise reviewer, stated that “Borring’s originals are engaging and their subtle rhythmic-and harmonic twists add to its interest.” Bruce Lindsey, All About Jazz’s critic, said Kristian’s ability to play strong melodically. He described Kristian as having a warm, open tone that attracts and holds attention. Bebop Spoken Here’s Lance Liddle added “one the most tasteful, most accomplished and accomplished guitarists on stage, with Jim Hart, one of the greatest vibraphonists in the world – to the mix. The result is yet another triumph for the Danish guitarist, and his team.” The album received positive reviews from Jazzwise, All About Jazz, and The Scotsman after its release. With the support of the Arts Council, the group was able to tour the UK with great success. They are currently planning additional dates for 2015. Nausicaa, Kristian’s debut album – a reference in Homer’s Odyssey to Odysseus and his journey – was released on Ultra Sound Records in Italy in 2011. It featured Will Vinson, a New York-based alto saxophonist. It was widely praised and received widespread national attention. John Fordham (The Guardian), described it as “hyper-cool, low-key and contemporary in jazz guitar style, but…with warmth and confidence, and a rhythmic hipness, that’s completely contemporary.” Chris Parker of LondonJazz said Kristian’s original compositions were “immediately appealing and enduringly remarkable”. Kristian has performed and worked in Europe and the UK with many groups, including Archie Shepp and Tommaso Starace. Kristian is also associated to the progressive jazz collective SE Collective, based in London. He has performed with Acrobat and Draw By Four. Kristian studied jazz guitar in the Netherlands at Conservatorium Van Amsterdam and London’s Guildhall School of Music. from www.kristianborring.com