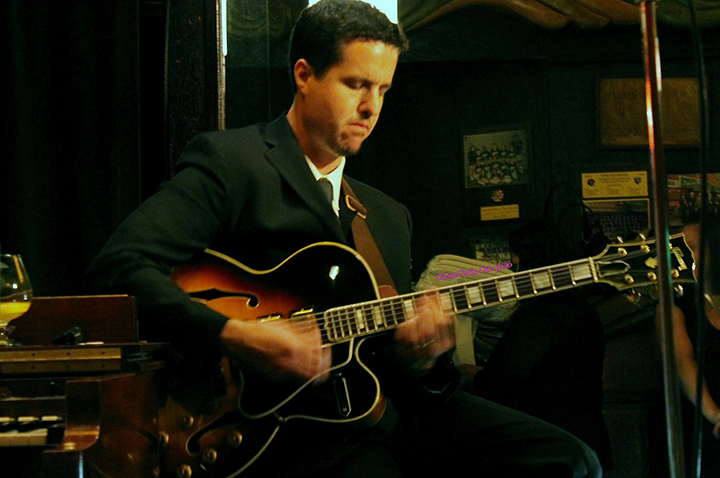 In keeping with his predecessors, jazz guitarist Kyle Asche continues to maintain a soul-jazz sound that is still popular in the 2000s. Asche was born in Columbus, NE in 1979. He had the opportunity to listen to recordings by legends such as Joe Pass, Pat Martino and George Benson. Russell Malone taught him how to play guitar in a master class while he was still in his teens. This inspired him to pursue a career as a professional musician. From 1997 to 2001, he attended Northern Illinois University, where he studied with Fareed Haque, a contemporary jazz guitarist, and also met Chicagoans Henry Johnson and Mike Allemana. He also admired Peter Bernstein, a New York-based musician. Asche was made a member in 1998. He played mainly organ combo music, performed at the Green Mill and the Hot House, Andy’s and Pops for Champagne. His big break was in 2005, when he performed with Chris Potter and Bob James in the Thelonious Monk International Jazz Competition. Although he didn’t win, he began to build his credentials, performing with Ari Brown, Jim Snidero, Dan Nimmer, Chris Foreman, Kimberly Gordon, and Jim Snidero. Origin/OA2 issued his debut CD, The Hook Up in the same year. Blues for Mel, Asche’s second album, was released in 2009 by the Tippin’ label. He collaborated with Mel Rhyne, an experienced organist, and George Fludas, a drummer. Allmusic