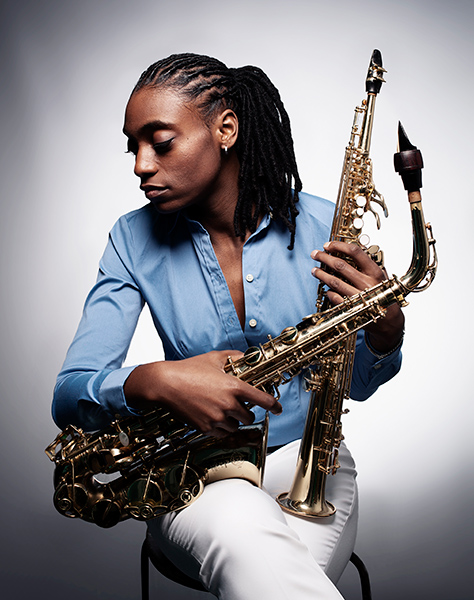 Lakecia Benjamin, a New York City native who was born in Washington Heights and raised there, is one of the most sought-after musicians in soul and funk music. After picking up the saxophone in Fiorello LaGuardia High School, she moved to New York and joined the renowned Jazz Program at New York University. She was already playing with jazz legends like Clark Terry and Reggie Workman. This led to gigs with and tours with many artists, including Rashied Ali and the David Murray Big Band, Vanessa Rubin, and James “Blood” Ulmer. Her deep jazz roots made her a sought-after arranger and horn section leader. She has had stints with such renowned artists as Stevie Wonder and Macy Gray. Benjamin is currently a featured musician/arranger for comedian Craig Robinson and the Nasty Delicious. Robertson is best known for his work in TV’s The Office and other films like Pineapple Express or Hot Tub Time Machine. He tours frequently with the Nasty Delicious band as his main foil in his comedy act. Benjamin was also honored to perform at President Obama’s inaugural ball. She has performed on four continents, and her vast recording credits include arrangements and saxophone for Santigold and Maurice Brown, Krystle Warner, and the Clark Terry Big Band, among others. from www.lakeciabenjamin.com